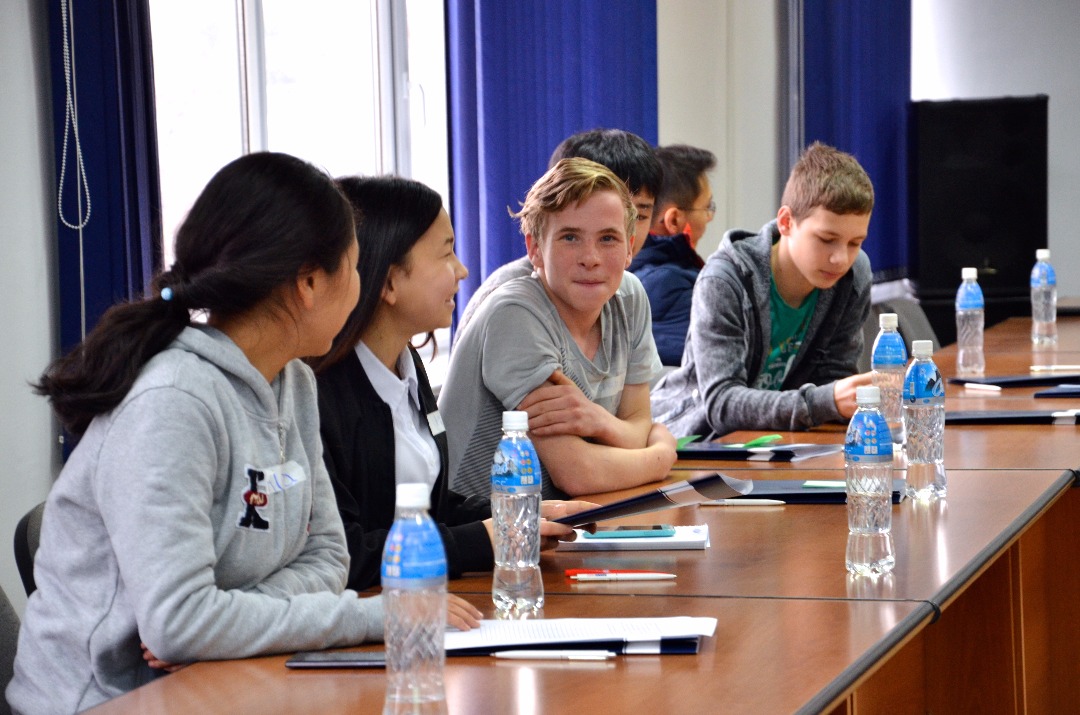 From 9 till 12 December, the OSCE Academy and the International Debate Education Association (IDEA CA) held a four-day training and debate in British Parliamentary Debate Format "HUMAN RIGHTS CUP 2017" for schoolchildren. The event was part of a project to change the attitudes towards bride kidnapping, with the financial support of the IFA CCP Plus program (Germany). The project started with an interdisciplinary expert meeting on October 25, 2017 (http://osce-academy.net/en/news/full/447.html). During the meeting, the experts developed a number of recommendations, including the holding of events among secondary school students. About forty schoolchildren from nine secondary schools of 8-11 grades took part in this event.

The participants of the training got acquainted with the national legislation and international documents on the protection of girls' rights in the Kyrgyz Republic and discussed the topics of early marriages; bride-kidnapping and how and when to use the terms "Ala-kachuu" and "Zorduk"; and etc.

Trainers from IDEA CA taught participants how to use effective debate techniques, such as:  setting goals, identifying expectations, use of counter-arguments, analyzing an argument, feedback technology, etc.  The training was concluded by a debate tournament and the certificates award.

Video from the training and tournament.