Guest Lecture “At the Crossroad between Diplomacy and Peacebuilding”

On 5 July the OSCE Academy was honored to welcome Mr. John D. Marks, the founder and former president of Search for Common Ground (SFCG), a non-profit organization based in Washington, D.C., that focuses on international conflict management programming. Mr. Marks delivered a guest lecture “At the Crossroad between Diplomacy and Peacebuilding” and elaborated on the notion of Track II Diplomacy, of its importance and the ways it works based on his decade-long personal professional experience. He explained the criteria that have to be fulfilled in order for Track II diplomacy to work on the example of the US-Iranian relations, a case he has worked on for more than 20 years.

Currently Mr. John D. Marks is a Senior Adviser to Search for Common Ground. He is also a former Foreign Service Officer of the U.S. Department of State and co-authored the 1974 controversial non-fiction book The CIA and the Cult of Intelligence with Victor Marchetti. 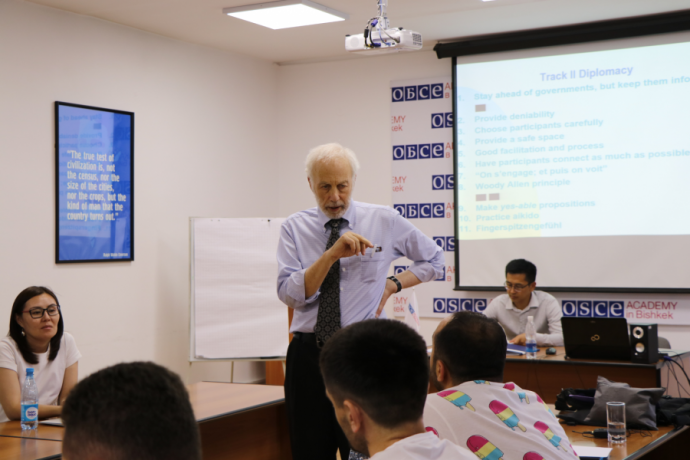