On 21 October Mr. Mark Pfeifle, founder and President of “Off the Record Strategies”, accompanied by Mr. Turatbek Makenbaev, Information Assistant, U.S. Embassy in Kyrgyz Republic, visited the OSCE Academy. Mr. Pfeifle shared his professional experience and delivered a lecture on “Succeeding in an Era of Fake News and Media Bias” to students of the MA Programme in Politics and Security. He started his lecture by giving the definitions and characteristics of “Fake News” and “Media Bias.” Furthermore, Mr. Pfeifle gave an overview over the main challenges, as well effects of and reasons for fake news and biased media, and discussed the ways of identifying, dealing with and combatting fake information. In conclusion, he elaborated on tips and best practices in succeeding in the Era Fake News and Media Bias. The lecture was followed by a Q&A session, where students had a chance to ask about disinformation on Social Media and independent media resources, as well as to share their point of view in dealing with Fake News. 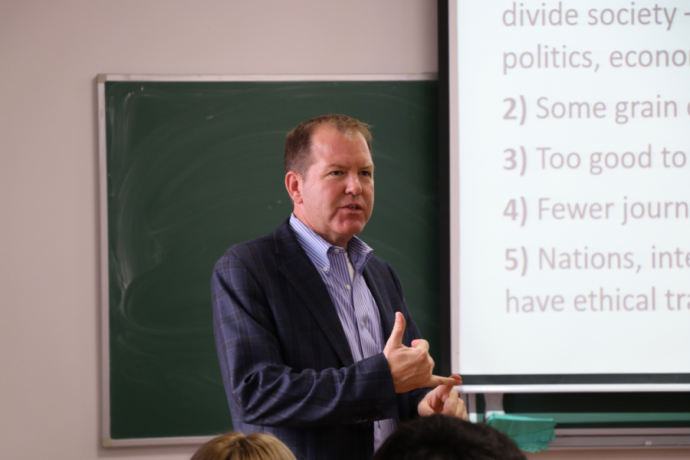