From 29 to 31 October OSCE Academy Director Dr. Alexander Wolters and Deputy Director Ms. Indira Satarkulova, traveled to Vienna for a bi-annual OSCE Academy Board of Trustees Meeting. The meeting was chaired by Ambassador Dr. Pierre von Arx, Chairperson of the Board of Trustees, Head of the OSCE Programme Office in Bishkek and attended by representatives of the Norwegian Institute of International Affairs, of the Delegations from Kyrgyzstan, Uzbekistan, Finland, Norway, Russia, US, Albania, Switzerland, Austria, as well as representatives from Conflict Prevention Centre of the OSCE.

Following introductory remarks made by Ambassador von Arx, Dr. Wolters presented the OSCE Academy’s activities and developments taking place in the period between the June and October 2019. This update included internal administrative reform processes; MA programmes activities and the admission strategy for 2020; the increase of research activities and the strengthening of the Academy’s position as a dialogue platform; and last but not least the development of the partners network and the increased engagement in EU educational programmes, including Erasmus+. His presentation was followed by discussions revolving around the Academy’s Charter and the reform of the Board of Trustees, introduced and moderated by Ambassador von Arx. 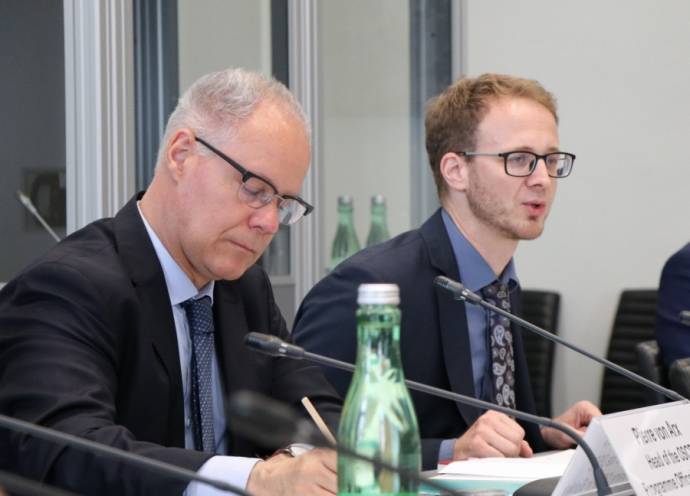