Congratulations to Niva Yau, OSCE Academy Researcher, on winning the Albie Award 2020 from the Washington Post for her article, jointly written with Tristan Kenderdine, entitled "China’s Policy Banks Are Lending Differently, Not Less.”

“The winning-article "China’s Policy Banks Are Lending Differently, Not Less”, co-authored by Tristan Kenderdine, research director at Future Risk and myself, was written in response to the circulating argument that China’s policy banks are lending less based on Boston University’s new dataset released in December 2020. Regionally, the Boston University dataset estimates China’s total lending to Central Asia at $19.3 billion for 2008-2019; however this figure is at least $41 billion, according to my unpublished database. We then examined the new behaviours of China’s policy banks in recent years, such as opening branches abroad to bypass Beijing’s lengthy bilateral deals and direct loans to Chinese SOEs abroad, for example in Kazakhstan.

Every year, the Albie award is awarded to the best work on political economy that highlight the most thought provoking trends by the Washington Post. It is an honour to be amongst Albie winners in 2020, all of the topics concerned the global political economy’s transformative changes. China, certainly is the most important actor leading these global changes. Apart from our work on the changing behaviours of China’s policy banks, the Albie award in 2020 also recognised the importance of China and Germany’s cooperation on technical standardisation, which is set to re-write the rules on standard-setting in every single industry.

I am committed to monitoring China’s latest trends and activities abroad because I know that the world is driven by them in every way, winning the Albie award shows to me that I am on the right track. As a young researcher from Hong Kong, I sincerely thank the OSCE Academy for the generous support in the past two and a half years in my research journey studying various topics focusing on China in Central Asia and Afghanistan. I benefit greatly from not only my colleagues at the Academy but also the Master students, future leaders of Central Asia, who gives me their Central Asian and Afghan perspectives” – says Ms. Yau about her article and the Award.

The Albies are named in honor of the late, great political economist Albert O. Hirschman. The important thing about an Albie-winning piece of work is that it forces the reader to think about the past, present or future of the global political economy in a way that can’t be unthought. 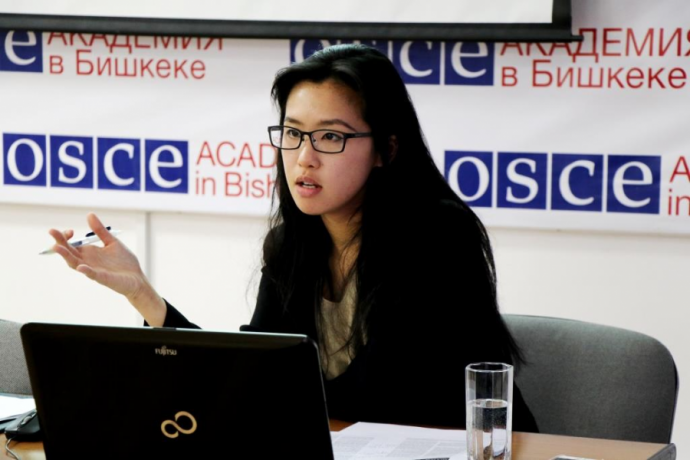