Research – the Way to Explore your Country ﻿and the World

Mouslim Buriev graduated in 2017 and currently is a Research Fellow at the Centre for European Security Studies in Groningen, the Netherlands. This year Mouslim was selected to participate in the CABAR.asia  School of Analytics and as one of the most active researchers received an opportunity to travel for a two-week internship to Georgia.

My trip to Georgia happened by the virtue of CABAR.Asia, a media platform that gives an opportunity to carry out research on various processes that take place in Central Asia. I started collaborating with them in last November, when I began to write articles and participate in events organised by them, including conferences and roundtables. I was pleased to hear that CABAR is providing the most active researchers with the opportunity to visit Georgia and have a short two-week internship in the most prominent think tanks. Fortunately, I was among the selected four researchers from Kyrgyzstan, Kazakhstan, Uzbekistan and Tajikistan. In the end we were expected to complete a research that would connect Central Asia and the Caucasus, for which we were free to choose the organisation that would fit our research interests.

During my stay in Tbilisi, I was an intern at the Caucasus Centre for Peace, Democracy and Development (CCPDD). It was my choice as CCPDD works on minority issues in Georgia, while I was planning to compare the development of Tajikistan’s ethnic policy with that of in Georgia. I have outlined the major distinctions in Georgian ethnic policy on a basic level. Tajikistan could learn a lot from these experiences and this was one of the key points of my research paper that was published after I completed the internship.

It was also interesting to see how NGOs and think tanks work in Georgia. They have very close ties with state institutions, that are clearly perceived as among the main stakeholders of non-governmental activities in the country. It was evident that CIPDD’s operations directly influence the formulation of state policies, in particular towards ethnic and religious minorities, which means a lot. Witnessing such mode of cooperation gave me insights on how insignificant the collaboration of state and NGOs in Tajikistan are and how much needs to be changed in that respect.
Along with research related activities I was honoured to participate as a speaker in panel discussion on role of civil society and mass media in decision-making process. I gave a short report dedicated to media coverage of ethnic issues in Tajikistan and discussed if there is a potential to shape state policies by raising awareness among the population. It was fruitful in terms of exchange of knowledge and networking with local Georgian activists and journalists.

It was one of the brightest impressions I had when Tbilisi was ignited in demonstrations against the Georgian authorities. It was fearsome yet astonishing as it attracted thousands of people. For me as a researcher it was extremely interesting to observe the developments and dwell into thinking on causes and consequences of public discontent and how the government was going to reconcile the situation.

I have enjoyed my stay in Georgia in many ways: Improving my research skills, getting familiar with the cooperation between the state and NGOs, talking about Tajikistan issues in front of journalists, experiencing a strong political culture and of course gazing upon beautiful architecture and tasting the amazing cuisine. It was one of the best places I have visited and I am really looking forward to returning to Georgia. 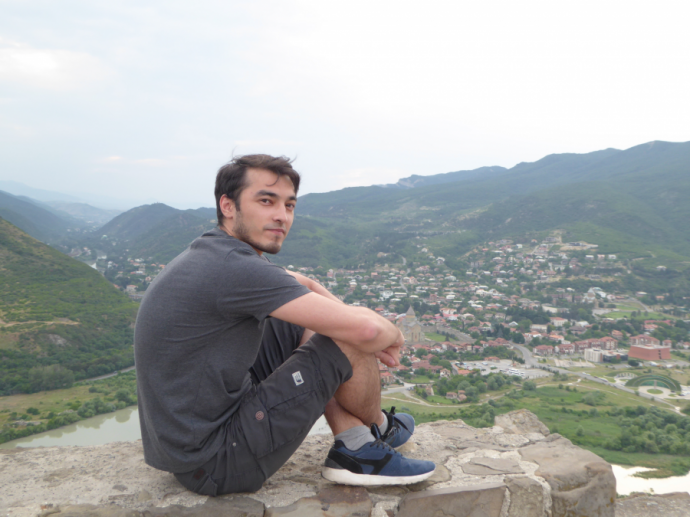