ALUMNI SPOTLIGHT: All the Way to PhD Degree

We continue our series of Alumni Stories and today we would like to introduce Almakan Orozobekova from Kyrgyzstan. Almakan graduated from the Politics and Security program at the OSCE Academy in 2014 with high honors. Following this, she took an international training course in Security Policy at the Academy's long-time partner institution Geneva Centre for Security Policy and did her second master’s degree in International and European Security there. While studying in Geneva, Almakan was doing research on mobilization and recruitment of foreign fighters to the Islamic State and received the most outstanding research paper award for this work in 2015. Later, a shortened version of her work was published by the quarterly journal Connections of the PfP Consortium of Defense Academies and Security Studies Institutes https://connections-qj.org/search/node/Mullins.

Shortly after, Almakan accepted an offer from the Max Planck Institute in Social Anthropology and started her PhD in Germany in 2016. She was working within the research group “How ‘Terrorists’ Learn” and enrolled as a PhD candidate at the Albert Ludwig University of Freiburg. She wanted to continue conducting an in-depth study of the radicalization and recruitment of foreign fighters. A PhD position in one of the most prestigious German institutes was a great chance to examine the problem of foreign fighters. In Geneva, she did research on foreign fighters from the Middle East and Western Europe. In Germany, Almakan shifted her focus to Central Asia. She was one of the first academics to carry out both desk research and fieldwork on foreign fighters from Kyrgyzstan and later on women related to foreign fighters from Kazakhstan, Kyrgyzstan, and Tajikistan. Her work is distinct for its originality and analysis of this up-do-date problem in the area of foreign fighting. While doing her PhD, Almakan was invited as a speaker to numerous high profile conferences, workshops, seminars, and other events organized by the OSCE, NATO, UNOCT-UNRCCA, London International Development Centre, the Guardian, the George C. Marshall European Center for Security Studies, Geneva Centre for Security Policy, Global Community Engagement and Resilience Fund, Humboldt-Universität zu Berlin, the EU, and others.

Despite the great number of public events that Almakan was engaged in, she managed to complete her PhD in four years, which is considered a great achievement in the academic world. Almakan’s work was evaluated as “an original and highly relevant academic work that enhances our understanding of recruitment patterns in Central Asia and beyond.” Having recently defended her PhD project, Almakan is currently working on its publication. She has noted that although she greatly enjoyed working in academia, she favors practical activities including policy-making, action-based research, and project management. Her PhD project was a combination of both academic and practical components. 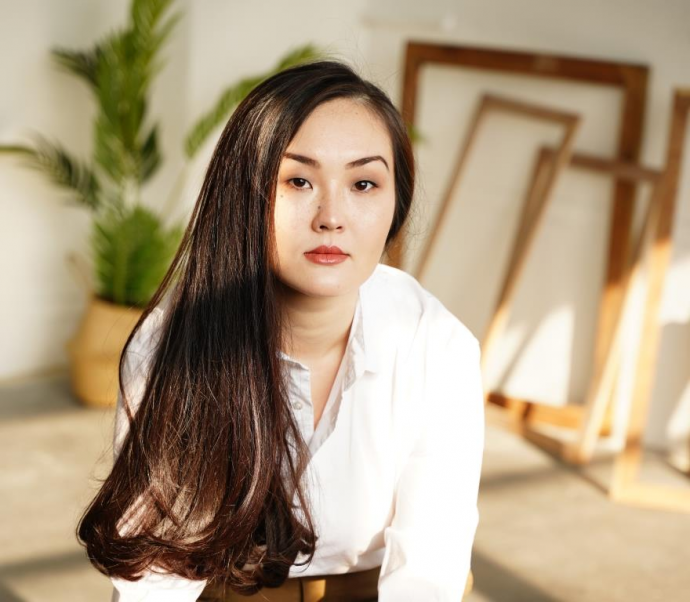