We would like to introduce our next alumna – a 2015 graduate of Politics and Security Programme – Ms Dilfuza Kurolova.

As an enthusiastic and aspiring leader, Ms Kurolova is actively promoting human rights and the development of civil society in Uzbekistan. She is an alumna of the John Smith Fellowship (2019) on Good Governance, Rule of law and Social justice, where she learned civic engagement mechanisms and tools in the UK that can be adopted and implemented in Uzbekistan. She is among the top 100 most influential national and international experts admitted by the Nationwide Movement “Yuksalish”. Currently, she is a focal point/legal consultant of the International Commission of Jurists, the Swiss NGO in Uzbekistan. One of her latest successful contributions to human rights promotion was “Expert discussions on rights of people with disabilities” and “Expert discussions on right to adequate housing.” In addition, she is a part of the Social Development Team and citizen engagement project for the ECA region at the World Bank. Previously, she worked at the Third-Party-Monitoring project of the ILO in Uzbekistan covering labour rights and feedback mechanisms during cotton harvest 2016-2018 and made a contribution to the ILO reports on the elimination of child and forced labour in Uzbekistan.

Dilfuza is an active promoter of human rights, particularly the right to food and other social rights. Apart from big projects, she also provided her valuable contribution to “Protecting children affected by migration” project of UNICEF in Uzbekistan in 2018. Before joining international organizations, she worked as a public servant at the “Center for development of E-governance” under the Ministry of ICT (2014), taught international law at the Tashkent State University of Law (2015-2016) and promoted women`s rights to health at the National Association of Breast Cancer “In the name of Life,” national NGO in Tashkent (2012-2014).

Ms Kurolova promotes civil engagement and youth empowerment, as well as supports climate change awareness-raising campaigns. She is a founding-curator of the Global Shapers Tashkent Hub since January 2020, an active member of CAYN (Central Asian Youth Networking) since 2010, and was a country director of CAYN for Uzbekistan in 2016. She is OSCE Youth Ambassador for Uzbekistan since 2015 and promoting youth rights since 2010 at a national and international level. In addition, she is a Speakers Curator of TEDxMustaqillikSquare since 2016.

The OSCE Academy in Bishkek is tremendously proud of the great achievements of Dilfuza and commends her on the latest success! 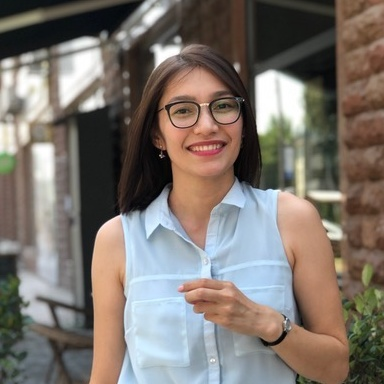