Delegation of the Permanent Representatives of France, Germany, the United Kingdom, and the United States to the OSCE visits the Academy 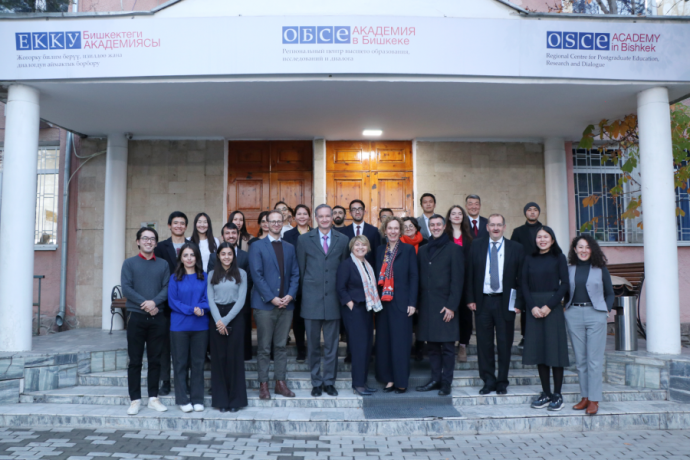 On 11 November 2022, the OSCE Academy was honored to host the Permanent Representatives of France, Germany, the UK, and the US to the OSCE, accompanied by the Head of the OSCE Programme Office in Bishkek. Director of the Academy, Dr. Alexander Wolters, welcomed French Ambassador Christine Fages, German Ambassador Gesa Braeutigam, UK Ambassador Neil Bush, United States Ambassador Michael Carpenter, and Ambassador Alexey Rogov, and briefly introduced them into MA Programmes, BA Programme in Economics, as well as research and publication efforts of the Academy. Following the introduction, current MA students had an opportunity to discuss the reasoning why they chose to study at the OSCE Academy and their plans for the near future, as well as ask questions about the work of the OSCE.