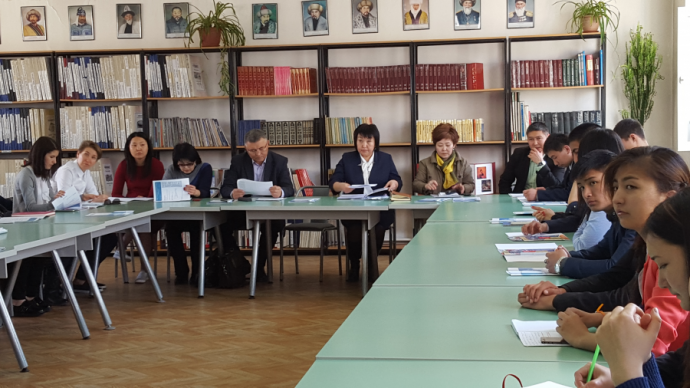 On February 29 the OSCE Academy took part in the round table EduCamp-2016: higher education of future Kyrgyzstan. The event was organized by the international relations department of the Eastern University named after Mahmud Kashgari-Baskarni. This round table gathered representatives of universities, state structures and education networks like EdNet, TeachEx. Major topics discussed during the round table included state policies in the field of higher education of the Kyrgyz Republic; present and future of higher education, innovations, graduates of future-gaps between conventional education and labour market demands. The panel presentations were followed by lively discussion with an active participation of students and present experts.