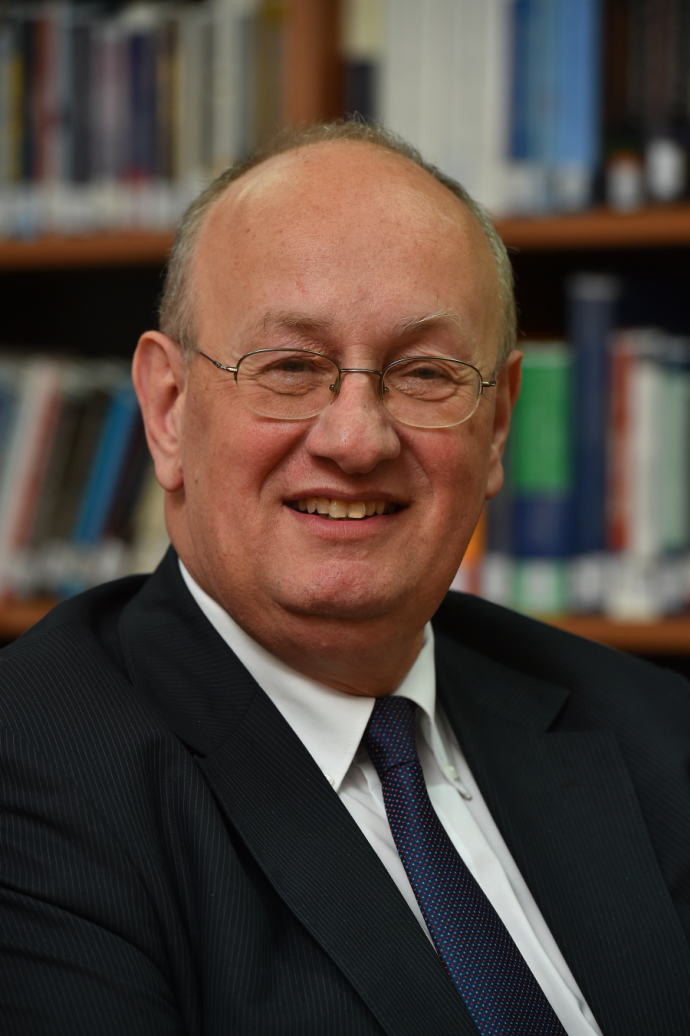 It is a great honour to present the achievements of the OSCE Academy in Bishkek since the last report by then acting director, Dr Maxim Ryabkov in November 2015. My report will complement the picture presented by Ambassador Sergey Kapinos who is not only the Head of Centre in Bishkek but also the Chairman of the Board of Trustees of the OSCE Academy. However, it is necessary to get beyond the achievements and complement the picture by some of the problems and plans. Usually seven months is a short period of time and thus it would not always require extensive reporting. However, this time it is different. For many years, this was the busiest period in the life of the OSCE Academy.

When I returned to Bishkek at the beginning of January to the OSCE Academy the discourse was surrounded by concern and uncertainty about the future of this great institution and project of the OSCE. Some were even of the view that the Academy may have to be closed. I did not share this view may be out of sheer optimism or under the assumption that such a unique institution must have a future. However, I did not clearly encounter some of the difficulties the Academy had to face in order to meet some administrative and academic requirements.

Let me start by the process the OSCE Centre in Bishkek and the Academy had to go through over the last six months. The Academy’s Charter had to be replaced by a new one in harmony with the amended Kyrgyz legislation. A new Memorandum of Understanding had to be signed by the OSCE and the Kyrgyz government. On its basis a new contract on the use of the state building had to be signed between the State Building Department of the Government of Kyrgyzstan and the management of the Academy. In parallel with those processes the Politics and Security MA programme had to receive a new license and then on that basis a new accreditation had to follow. The MA in Economic Governance and Development has to go through the same process somewhat later. The process started and the first phase to receive the license has been completed. Now, the OSCE Academy works in close cooperation with the Kyrgyz Ministry of Education on the accreditation of the MA in Economic Governance and Development.

It would be inappropriate to enter into details as far as the minor technical difficulties, some unexpected set-backs, the occasionally surprising hurdles in this process. It is important to emphasize that those helped the process most effectively, who have seen this as a process of political cooperation between the OSCE and the host state, and did not get bogged down in administrative or bureaucratic details. Let me mention the following actors as the most important supporters. I think the following four should be singled out:

1. The chairmanship. The German chair took a proactive stance from the very onset. The moment it started its activity, it left no doubt that it would like to achieve success in this matter as soon as possible. The attention it paid to this matter culminated in the visit of the Chairman in Office, foreign minister Frank-Walter Steinmeier. The visit was not only important per se but also in anticipation. It meant to have a firm deadline that the national administration of Kyrgyzstan, the OSCE Centre and the Academy had to meet. And it did. On 31 March, the Memorandum of Understanding providing no time limits for further activity of the OSCE Academy in Bishkek was signed by the foreign ministers of Germany and Kyrgyzstan and the next day the contract on the continuing unpaid use of the OSCE Academy’s building, an essential contribution of the Kyrgyz government, was finalized.

3. The OSCE Centre in Bishkek, more concretely, Head of Centre Ambassador Sergey Kapinos, Senior Executive Officer Anna Nersesyants and National Legal Officer Indira Satarkulova, who immensely helped us throughout the process. They worked tirelessly to ensure the most positive possible outcome for the Academy and demonstrated to be present at any time, including over week-ends. 4. The support of our colleagues from the Kyrgyz national administration, including the Presidential Administration, the Foreign Ministry and some excellent colleagues in the Ministry of Education and Science was also crucial for the success.

The process has not been completed as the OSCE Centre in Bishkek and the OSCE Academy still work together with the Ministry of Education and Science of Kyrgyzstan for the accreditation of the MA in Economic Governance and Development. However, the necessary conditions have been met and we hope for seamless continuation of the process and perfect cooperation with the Ministry.

In January 2016 following many years of reassuring financial situation due to some donors, including the Unified Budget, the funding by Norway, Finland, Germany and the U.S. that lastingly supported the OSCE Academy, the year started with some deficit. Hence, fund-raising had to go in parallel with the administrative processes mentioned above. Due to the essential extra-budgetary support of Germany, and also a very significant two years grant of the Swiss Development Cooperation, I am glad to inform you that the deficit has been eliminated. It was the icing on the cake that the U.S. has generously made an USD 100’000 Extra-budgetary pledge that will be used partly during the course of this year, and mostly during 2017. If we succeed with our efforts, the OSCE Academy will also be adequately financed in 2017 soon. However, as was discussed in November last year here, the heavy dependence upon a very small number of donors is not the best to provide for the future of the Academy. Hence, I ask all delegations to consider how countries, which supported the OSCE Academy in the past and those that have not been in the position to support it, yet consider to assist this great regional project that brings together young, intelligent and motivated people from Central Asia, Afghanistan and soon also from Mongolia in a region where states and societies need more mutual support and understanding.

Fund-raising is a challenging process. The fact we know how the Academy will be financed in 2016 and have a fairly clear idea about 2017, may well be reassuring. If some people believe that emphasizing that funding is not assured for 2018 is helpful or supportive let me reassure them, it is not. We need proactive fund-raising and not gossips that may end up in self-fulfilling prophecies.

We continue to spend every penny responsibly that the audits recognize year after year. We plan to use a part of the available funds on modernizing our building, including the establishment of a new larger classroom. This will make it possible to host 28 students also in the MA in Economic Governance and Development programme, instead of the current, somewhat smaller number. This will increase output and somewhat reduce per capita teaching costs.

A few years ago the OSCE Academy started a highly successful Junior Professional Officer programme that provided the opportunity to some of our best graduates to work in the foreign ministries of their countries, gain valuable experience and contribute to their national administration with their expertise. Some of them were employed by those ministries later. This programme has been a valuable contribution of four states, Afghanistan, Kazakhstan, Kyrgyzstan and Tajikistan. Now we are working on the renewal of the contracts underlining this and also to extend the JPO programme to other ministries where our students of the MA in Economic Governance and Development programme could also be exposed to valuable experience. We ask for the support of the six countries from where most of our students arrive in this.

The OSCE Academy was proud to report a year ago that it had, for the first time more than one thousand applicants for the 53 places of the two MA programmes. „Customer demand” is the best a company may have. I did not think it would grow further as twenty applicants per place already meant fierce competition among competent candidates. However, this year the number of applications went beyond expectation: 1’194 candidates for the same number of vacancies. I hope it shows, the money our donors give us is well spent.

Although the two MA programmes are the backbone of the OSCE Academy, we continue our work on shorter executive courses. We have adjusted the offer that has been much in demand by complementary elements. One of them addressing media ethics hit the nail on the head in a region where independent media often continues to struggle.

The Academy is always glad to cooperate with other institutions to host training programmes and conferences. In December last year we had a high quality short training course together with the Australian National University and in the next week (between 6 and 8 June) we will co-host a conference with the Carnegie Endowment for Peace and Columbia University in Bishkek. We will also hold our annual Central Asia security conference in September. In both, radicalization of some elements of the Central Asian societies, the returnees from ISIS/Da’esh and several other transnational threats will play central role in the exchanges.

Let me by way of conclusion thank everybody who has supported the OSCE Academy, including the host state Kyrgyzstan, the OSCE Centre in Bishkek and those participating states that help us with their unceasing attention and assistance. We hope the achievements of the OSCE Academy will be found persuasive enough to gain continuing support to our activities.

Thank you for your attention.