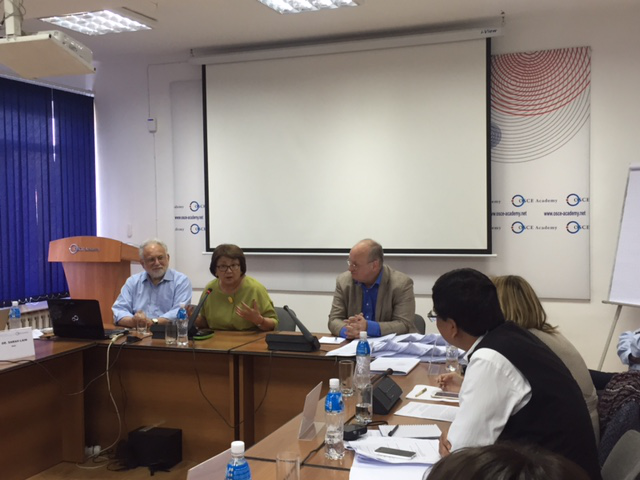 The workshop featured presentations from a Columbia University research team, as well as by distinguished researchers from Russia and Central Asia, who gathered to discuss the changing strategies of external power towards Central Asia during the current drawdown of NATO forces in Afghanistan. The researchers considered current security challenges and the new emerging economic architectures, such as China's One Belt One Road Initiative, and analyzed how they are impacting the politics, economic and social policies of the Central Asian states.

As the closing session of the conference the former president of Kyrgyzstan, H.E. Roza Otunbaeva delivered the keynote speech.