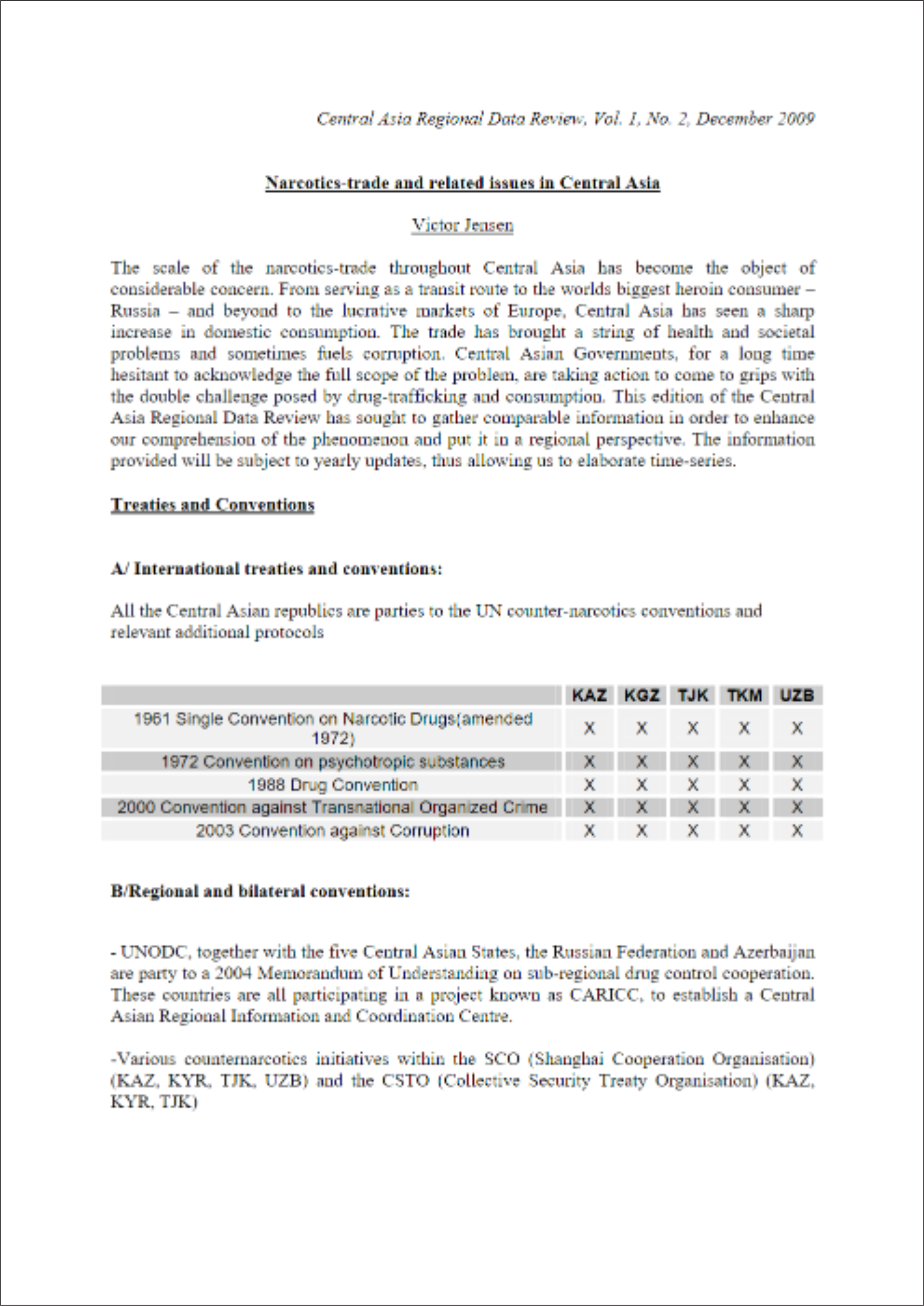 The scale of the narcotics-trade throughout Central Asia has become the object of considerable concern. From serving as a transit route to the worlds biggest heroin consumer –Russia – and beyond to the lucrative markets of Europe, Central Asia has seen a sharpincrease in domestic consumption. The trade has brought a string of health and societal problems and sometimes fuels corruption. Central Asian Governments, for a long time hesitant to acknowledge the full scope of the problem, are taking action to come to grips with the double challenge posed by drug-trafficking and consumption. This edition of the Central Asia Regional Data Review has sought to gather comparable information in order to enhance our comprehension of the phenomenon and put it in a regional perspective. The information provided will be subject to yearly updates, thus allowing us to elaborate time-series.