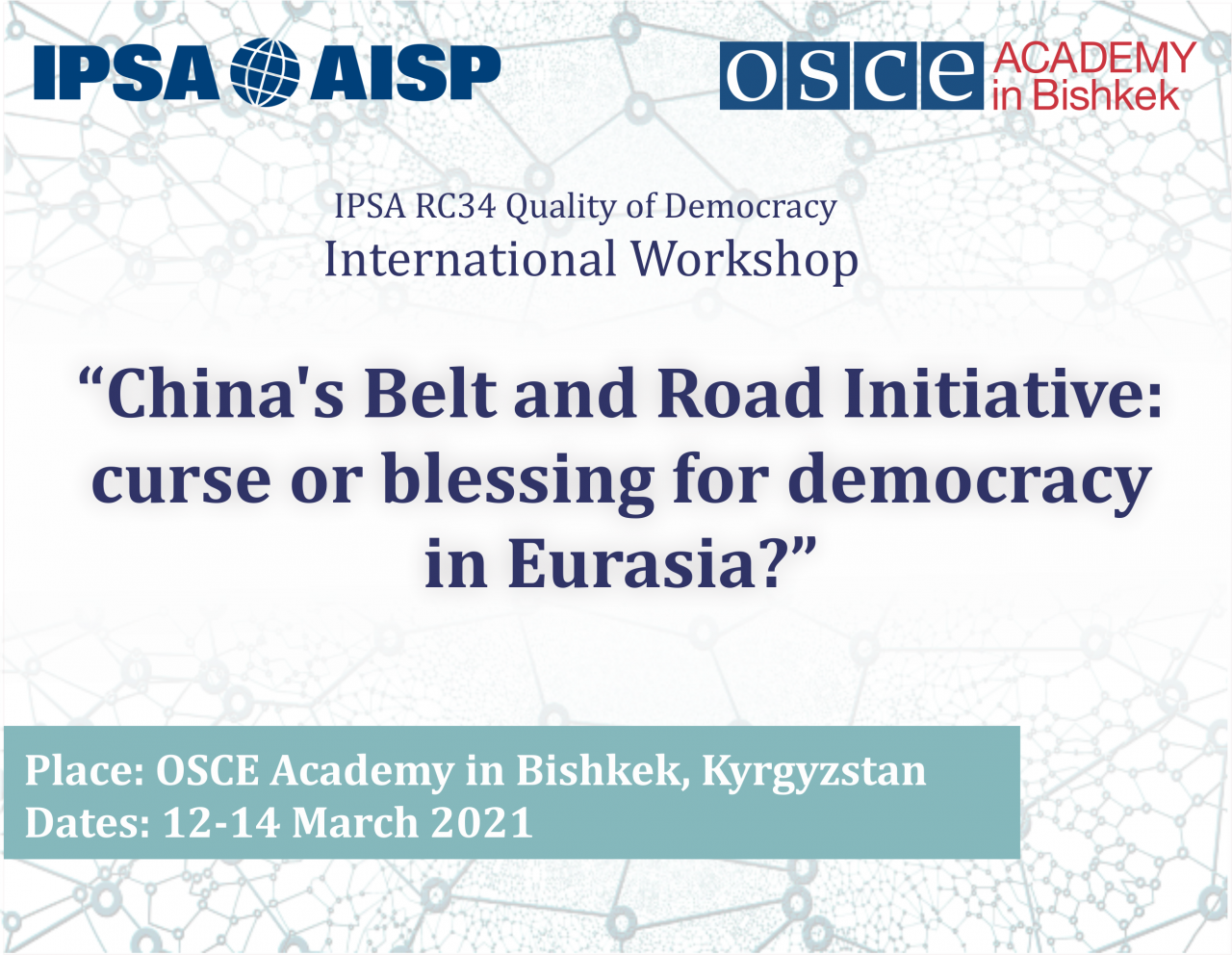 China's New Silk Road Initiative (Belt and Road Initiative, BRI) has been spinning its logistical and infrastructural web around the world since 2013. Massive infrastructural investments in tracks and roads as well as in the agricultural and energy sector and logistical centers were made in over 50 countries in Eurasia, a continent made of Europe and Asia that ranges from the Philippines to Portugal, from Norway to Uzbekistan, and Turkey to Russia. BRI is a central component of Chinese investment policies that have affected core public policy areas in over 100 countries in the world.

By this, BRI has penetrated the political regimes, affecting autocracies and strong, weak, and failed democracies alike. BRI has triggered not only state authorities’ responses, but also significant reactions from business, civil society and other non-state actors. BRI has thus become both a curse and blessing for societies and political regimes along the ‘New Silk Road’. It has led to an increase in organized crime, with local warlords benefitting from illicit activities, and has infringed labor standards and human rights; on the other hand, new transnational cooperation, start-ups and economic regulations also emerged thanks to those massive investments. On the political level, citizen participation has increased, protest movements have been formed, and local authorities have voiced their concerns. BRI has triggered resistance among civil society and governments and contributed to regime transformation in the region. Autocratic China has hence become an unwilling reformer for those societies.

Almost a decade after the official launch of BRI, this workshop will assess its political implications. Contributors are asked to discuss the impact that BRI has had, willingly or not, on democratization or autocratization processes in the countries and societies that it invested in, ranging from Europe to the Middle East, Central Asia, and Southeast Asia. While the main focus of the workshop will be on the impact of BRI on political regimes in Eurasia, proposals analyzing China`s role in autocratization and democratization in other world regions as well as from a theoretical-conceptual perspective are also welcome.