On the 26th of February 2015 the OSCE Academy hosted a public lecture by Dr Alexey Malashenko, the Chair of the Carnegie Moscow Center’s Religion, Society and Security Programme on "Russia in Central Asia: The Fight for Influence?", during which the speaker touched upon various aspects of the internal and foreign policy of Russian Federation.

Russia’s overarching goal in Central Asia is to maintain political stability and consolidate its dominant position in the region. While this may sound obvious and straightforward, the current developments in the broader region make the implementation of this objective not an easy task. Dr Malashenko outlined several particular objectives that the Kremlin pursues towards ensuring its influence and dominance in Central Asia.

For a set of reasons, Moscow does not accept the scenarios of color revolutions or developments like the “Arab Spring” in Central Asia. The current political regimes are largely predictable, and in important “normative” ways, do not contrast with the political regime in Russia. That said, the recent trend is that Moscow puts primary importance to the loyalty of the regimes to Moscow, according to Dr Malashenko. Although Moscow is interested in maintaining stability, including the staying in power of the current leaders, gradually new leaders are coming to power.

Russia is keenly interested in preventing the influence of other international actors, namely, the West and China in Central Asia. However, these are two different cases. China does not challenge Russia’s political influence in the region, while containing Chinese economic presence in the region may already be a futile effort. Trying to stop increasing Chinese influence in Central Asia carries the potential like stopping a tsunami. However, countering Western influence remains politically very important, and especially so in the context of current developments in Ukraine. This is all the more important as some states of the post-Soviet space both in Central Asia and elsewhere have given indications of their distancing from Moscow.

The Russian Federation is working hard in the direction of integration, creating new Unions (the Eurasian and the Customs Union), which, in fact, are not always working for the benefit of some other participating states.

Russia is interested in preventing the spread of narcotics and religious extremism from Central Asia to Russia. While Russia was a major transit country for drug trade in the past, today it is primarily a consumer. Statistical data are ambiguous and unreliable but the problem is certainly massive. This makes fighting drug trafficking all the more important. However, there remains a wide gap between declarations and actual implementation of actions in this regard. It is also an interesting question where Russia should attempt to stop the drugs coming from the south? The Eurasian (Economic) Union (EEU) may make this question more than ever pertinent. Now it is only Kazakhstan that has joined, but Kyrgyzstan joins in May 2015 and Tajikistan might follow. Hence, once the drug is in one of those Central Asian states, it will move across borders uninhibited.

The weight of the Russian Federation is certainly in decline in Central Asia as the time of the dissolution of the Soviet Union recedes in a distance. 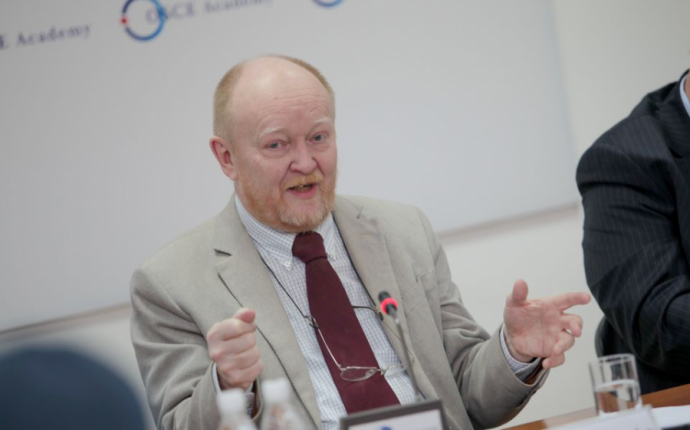