New Stage in the OSCE Conflict Prevention and Management Activities

Since the signing of the Helsinki Final Act, the CSCE/OSCE was directly involved in conflict resolution processes at different levels and implemented various measures to prevent them. However, the scale of the crisis in Ukraine showed how radically the European security situation has changed during the last year.

The crisis in Ukraine has revived old Cold War tensions and at the same time represents an absolutely new mode of warfare, in which goals and actors are undeclared, completely different types of weapons are used, psychological pressure and the information war go hand in hand with weapons of mass destruction and the line of fire changes hourly.

In this situation, the OSCE as an organization, which is dedicated to improving comprehensive security and stability throughout its region took the lead in the international effort to address the crisis in Ukraine.

In 2014, the situation in Ukraine changed so rapidly that the agenda of the OSCE Permanent Council meetings was in constant flux. Furthermore, due to fragmentation of the conflict zone, preventive measures and conflict analysis were practically equal to zero. It would have been impossible to take early action on the fast-evolving and originally clearly domestic conflict. In addition to external factors, internal rules, and many stages of decision-making also slowed down the process.

There are three field missions in Ukraine at present. The Special Monitoring Mission is based in 10 different locations. More than 500 OSCE monitors operate on the territory of Ukraine, from Lviv to Lugansk.

Measures to resolve the conflict in Ukraine have been unprecedented and reactive.

Never before, the OSCE had faced a so-called hostage crisis. 8 monitors were captured on the territory of Donetsk and Lugansk and held there without presenting any claims, but simply as a guarantee of security. This attitude to the representatives of the OSCE was recorded for the first time and there were no tools of negotiation and hostage rescue. That is why all actions taken were quick and sometimes chaotic.

In addition, due to the extent of the territory and the inability to obtain security guarantees for monitors from the leaders (some territories are not controlled properly either by the Ukrainian armed forces or by the rebels), the OSCE has applied new approach: the organization had to commission new technical capabilities. Never before OSCE field missions used satellite systems and air-to-ground acquisition and tracking equipment to monitor and analyse the situation.

The OSCE has been active carrying out large-scale negotiations between the conflicting parties, preparation of proposals to resolve the conflict, including the work of military experts on marking the line of the diversion of heavy weapons. Along with working on the Minsk Agreement compliance and border monitoring, the OSCE paid close attention to maintaining close cooperation with other international and local organizations.  All of these facts suggest that the crisis in Ukraine represents a new stage in the development of the OSCE, and there is no doubt that it will push for major changes in the structure and possibly in the organization as a whole. 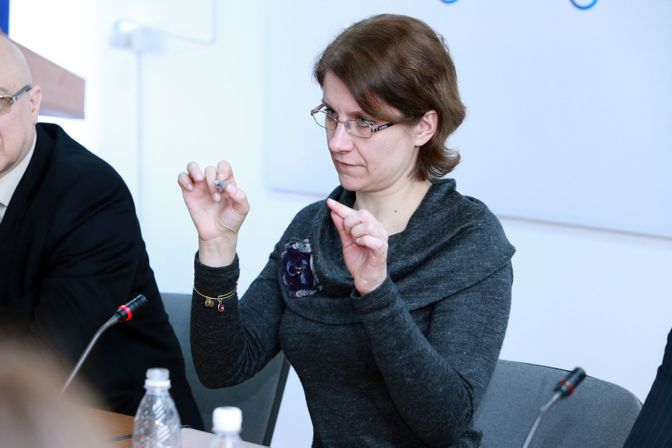