On 24 April, 2015 the OSCE Academy hosted a public lecture by Mr. Victor W. Jensen, the Deputy Head of the Norwegian Embassy on "The Paradoxes and Premises of Nordic Cooperation".

The countries of Northern Europe (Denmark, Finland, Iceland, Norway and Sweden) have a long tradition of contacts. Their structured cooperation has been lasting for more than 60 years, and came together with the establishment of the Nordic Council in 1952. Over the years it went through many changes and the relations of the participating states are increasingly characterized by convergence.

With this successful cooperation the Nordic countries are ready to address such challenges as demographic change, pollution, climate change, economic crisis, social problems, the global competition and energy issues.

Speaking about the paradoxes, Mr. Jensen stressed that despite the presence of common ground on many issues, each country involved in successful internal development, as well as each has its own foreign policy. For example, only three countries of the Nordic Council are members of the European Union, and also three are in NATO. However, this does not prevent, rather strengthens the relationship.

The main point of cooperation is to focus on issues in which joint action creates added value for the individual countries and their citizens. The results are evident in areas such as the labor market, the passport union, common social requirements, higher education and research cooperation anywhere in the whole region.

Among other things, the Nordic countries have common views on the topic of key social and economic issues. Their common goal is also to promote regional cooperation, not only among the members, but also globally.

"Even if the world disappear, Nordic Union will endure" - summed up the speaker. 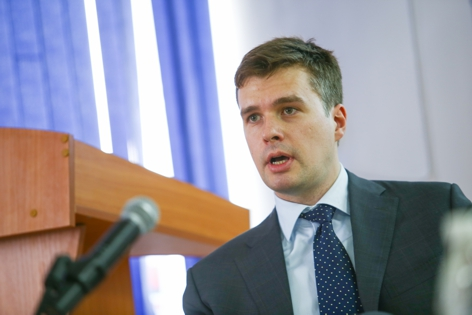