On 13 May 2015 the OSCE Academy held a public lecture by Alexander Cooley, professor of Columbia University in New York "The Emerging Politics of International Rankings" discussing the role of international indices and ratings in the global policy making processes.

Dr Cooley, in his speech told about the main types and origins of rankings, as well as the role of the organizations that are engaged in the rating process. Over the last decade, international rankings have emerged as a critical tool used by international actors engaged in global governance.
There is widespread understanding that international ranking and rating system is very influential, affecting lots of issues and this has made it an important element in the development of global governance. However, simultaneously with the realization of this idea comes the understanding that the system of assessment is often a tool of pressure and loses its basic function.

In addition, international companies that are engaged in the analysis and preparation of the rating also play an ambiguous role in the international field. Many companies became not simply faceless judges, often they are getting involved in the political process, turning into global regulators or advocates.
The most controversial, Dr Cooley called the issue of the validity and reliability of ranking system. He considered the rankings as mechanisms that produce statements, opinions, images and beliefs that become accepted as true, concerning elements of the field analysed.

"It is important that the figures were not a cause for speculation and stigmatization. More importantly, these figures do not become a purpose itself", - the speaker said, referring to the various indices that characterize the development of countries.

However, Dr Cooley also warned against overestimation of the ranking system. He gave many examples where the data signal have become push to " work on mistakes" and to realize positive changes in different areas of governance. At the same time, Dr Cooley stressed that there is also a big field for discussion - use of positive ranks in internal state propaganda when it is needed and disregarding if not outright contesting those data, which do not please the authorities.

The Q&A session has been devoted to discussion of many relevant issues, such as reliability of ranking agencies and their reports, motives that affect ranking results, state pressure and alternatives to existing rankings. 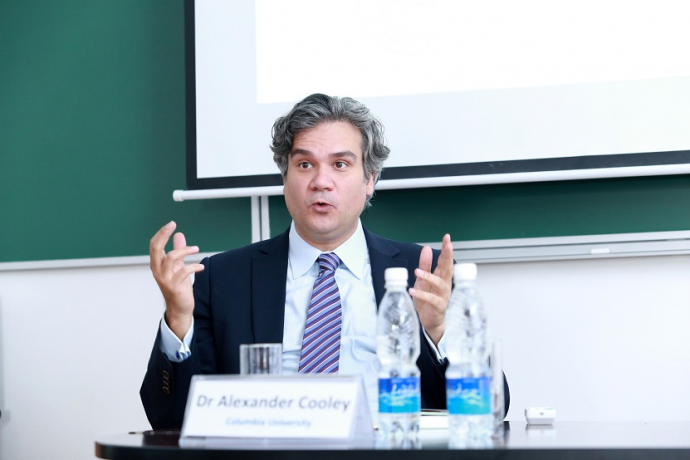