Alumni in Tashkent Meet with the U.S. Ambassador to Uzbekistan

Ambassador Spratlen welcomed students at the U.S. Embassy and emphasized that the United States strongly supports the OSCE values and its comprehensive security concept. The current crisis in Ukraine highlighted once again the importance of the OSCE, as of one of the most appropriate organizations to facilitate the crisis resolution and monitoring in the field.

The discussion that followed covered various topics, including the impact of the OSCE Academy on personal and professional lives of the graduates, the ways in which the knowledge and experience of the alumni could contribute to the development of Uzbekistan. The meeting was followed by a traditional networking dinner, where alumni of different years met each other, shared their updates and learned the latest about the OSCE Academy. 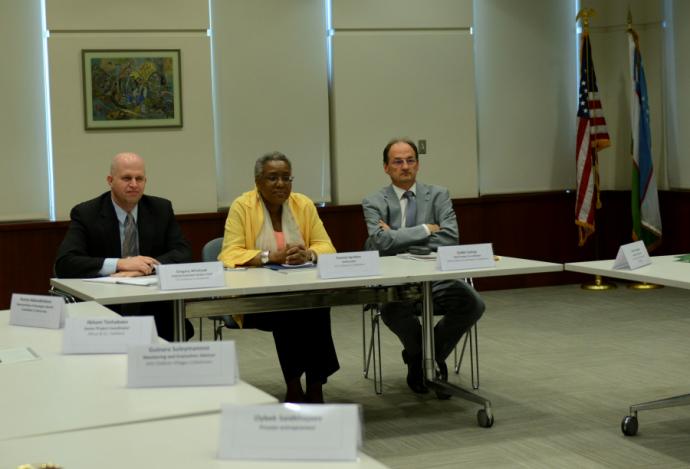