OSCE Academy Hosts a Workshop on New Perspectives on Conflict, Security and Peace in Eurasia

On 3-5 June the OSCE Academy in Bishkek, in collaboration with the UK Economic and Social Research Council, hosted a workshop on New Perspectives on Conflict, Security and Peace in Eurasia. The forum gathered over thirty scholars, both locally based and international, working on conflict, security or peace topics in the broad region of Eurasia.

The workshop aimed at discussing approaches to the study and interpretation of conflicts and security related themes, particularly in the context of interplay between some “global models” of conflict analysis in academic and practical discourses, and local responses and adaptation to them. The discussions covered new research approaches, which eschew or adapt ostensibly general theoretical models and traditional methodologies of interviewing and document analysis.

The panel discussions covered a wide range of topics, including, among others, the topics of conflict-management in post-2001 Afghanistan to ethnographic analysis of Kyrgyz-Tajik border communities, to ethnic aspects of nation-building in Central Asia and mixed marriages in post-conflict areas of Caucasus. A publication of an edited volume is expected on the basis of selected contributions. 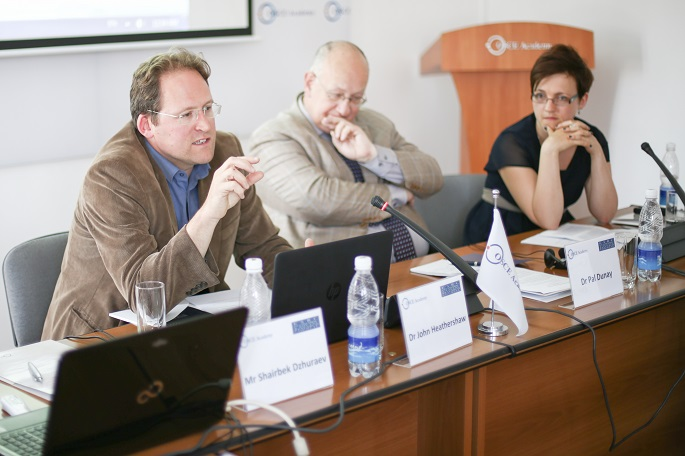