The New Cohort of Professional Journalists Left the Academy

On August 25 the OSCE Academy in Bishkek held the official closing ceremony of the Sixth Summer School of Contemporary Journalism.

The School is a joint project implemented by the OSCE Academy in Bishkek and the Deutsche Welle Akademie since 2010.

Irrespective of their background, the graduates of the School are trained to be multimedia journalists able to respond to the still unfilled demand for in-depth quality reporting on the regional issues. The School consists of print, radio, TV and online modules and is a thoroughly hands-on training.–
Every year the School covers a particular topic or topics of relevance for the whole region. This year it was rural development – including the acute problem of raising children in rural communities and the ways and means of conflict-sensitive journalism. For the first time, the programme also included a master class on photography conducted by Ilya Karimdzhanov, a School alumnus and Director of the Neformat photoschool.

The 10-week work of the School is reflected in  the yearly collection of stories Nastoyashee Vremya (The Present Time), researched, written and photgraphed by our participants. The new issues on the life of rural Kyrgyzstan can be accessed here.

Interview with one of the trainers Elena Uporova (IA “Regnum”):

This Summer School showed a high degree of interest among young Central Asian journalists in the principles and skills of modern media. The former Soviet system of higher education is still focused on  theory, the history of printing, history of literature. The work of the Summer School is based on the actual methods of teaching: practice, field work, discussion, planning, preparation of serious materials on a highly professional level.
Moreover, it should be noted that this year the selection of participants was of very high quality. The School has virtually turned into a small mass medium, where each journalist demonstrates a sense of  humanity, strives for balance, wishes to explore complex social issues,  learns intensively and  works practically.

- What was the most interesting in the learning process?

I would like to say about the huge progress in interviewing of the government officials . As we know it is a great challenge even for an experienced journalist. However, the commitment and perseverance with which the students sought answers to the tough questions, tolerance and an absolutely professional attitude to the work was a big surprise. From the first day it became clear that all of them are "great-hearted", all search for the truth and have a strong ethical stance.
Thus, such a complex topic as rural development has been researched by students many times more professionally, than it was expected from them. At the end we received perfectly finalized, relevant and contemporary  material on social issues.
Last year, all students' works were published in Central Asian media. This year will be no exception. Proposals for the publication began to arrive in the course of the school.

- What are the other major discoveries of the School?

Obviously, the graduates of the School, as it was in previous years, have become real friends and colleagues, which will expand the existing network of professionals in the region, strengthen the journalism profession. 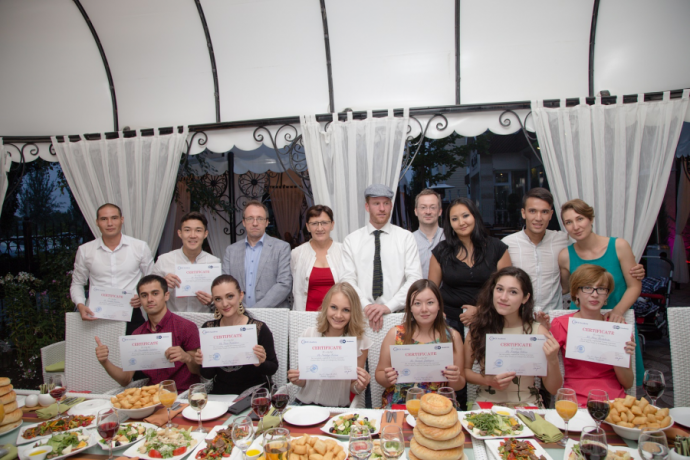