Group of Students from Nazarbaev University Visited the OSCE Academy

On 15 October a group of students from Nazarbaev University joined their peers from the OSCE Academy to discuss the parliamentary elections 2015 in Kyrgyzstan. These young scholars of comparative politics met with Ms. Aida Kasymalieva - journalist, media expert and a recent candidate of the Social Democratic Party of Kyrgyzstan.

Ms. Kasymalieva spoke from her personal experience of campaigning, and gave the audience an insider view on the many issues that continue to be present in the public mind of the country. The speaker highlighted both the unique success of Kyrgyzstan in establishing a precendent of peaceful political transition upon an uncontroversially clean counting process and the outstanding challenges in making the campaigning less influenced by the financial resources of contestants, tribal divisions and a still low political awareness of the population. According to the speaker, the gender quotas remain unfilled and due to the practice of post-election seat allocation. In the following discussion, many further issues were raised, such as the media, the civil society and international observers, use of administrative resources and the party politics.

The discussion provided a unique opportunity for the politics students to get a first hand account of a complex political process, and get their preconceptions challenged by an informed speaker. 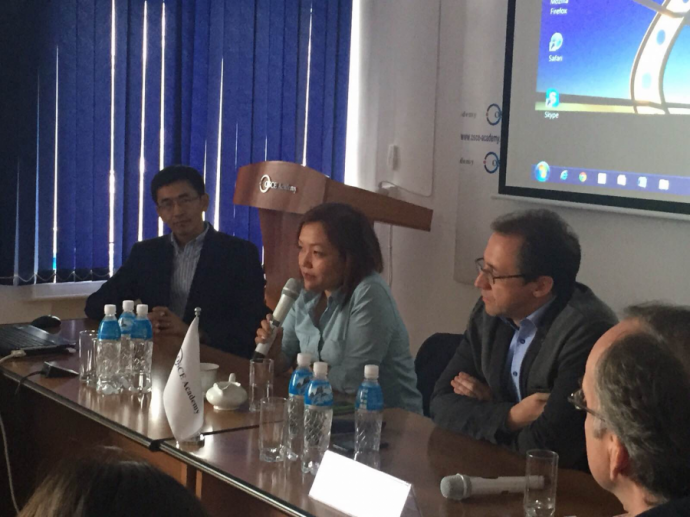