On 20 November 2015, British Ambassador to Kyrgyzstan H.E. Robin Ord-Smith delivered a public lecture regarding UK foreign policy in Central Asia at the OSCE Academy. This event attracted large number of students and staff of the Academy.
The Ambassador discussed some important issues of the international relations between UK and Central Asian countries and role of UK in the region. During the lecture students were asking questions about foreign policy of UK and further international relations development perspectives. In conclusion, Ambassador thanked students for participation and constructive discussions. 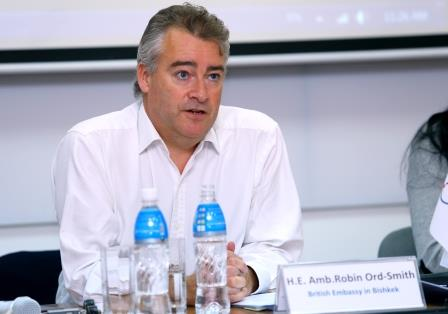