Workshop on ‘Prospects for Security in Afghanistan and Central Asia: Connecting Divergent Perspectives’

Between 30 November and 1 December 2015 the OSCE Academy together with the Australian National University hosted an expert workshop on ‘Prospects for Security in Afghanistan and Central Asia: Connecting Divergent Perspectives’.  The event was organized in the framework of the research project entitled 'Afghanistan and Central Asia: Regional security dynamics in a new strategic environment'.


The workshop contributions focused on how Afghanistan and its neighbors (Kazakhstan, Kyrgyzstan, Tajikistan, Turkmenistan and Uzbekistan) respond to the emerging security dynamic of the region.


Professor Amin Saikal, the Director of the Centre for Arab and Islamic Studies at the Australian National University, opened the workshop with a presentation on Afghanistan's current difficulties, and how it came to such a position over the decades, especially since 2001. Despite progress made in some areas of social development, Afghanistan's state and society is suffering from a serious crisis that neither the international community nor the present Afghan government can seriously address without first confronting the inappropriate structure of the Afghan state, the problem of outside interference, and the corrupt behavior of some Afghan power figures. However, Professor Saikal held out hope for a better future for Afghanistan once it is free of geopolitical interference and conditions of injustice and bad governance within the country.


Dr. Christian Bleuer, a research fellow at the Australian National University's Centre for Arab and Islamic Studies, presented on the perceived and actual threats posed to the countries of Central Asia from Afghanistan. He argued that governments in Central Asia have over-exaggerated a threat that exists only at a low level. Furthermore, he pointed out the difficulties of producing quality research in such a question in a difficult environment (war in Afghanistan and difficulties accessing research subjects in Central Asia). Still, he maintained, the countries of Central Asia need to come up with a strategy to combat potential threats, though it will likely not be in a multilateral cooperative framework, but rather in a unilateral and bilateral manner that will best protect each countries own interests. 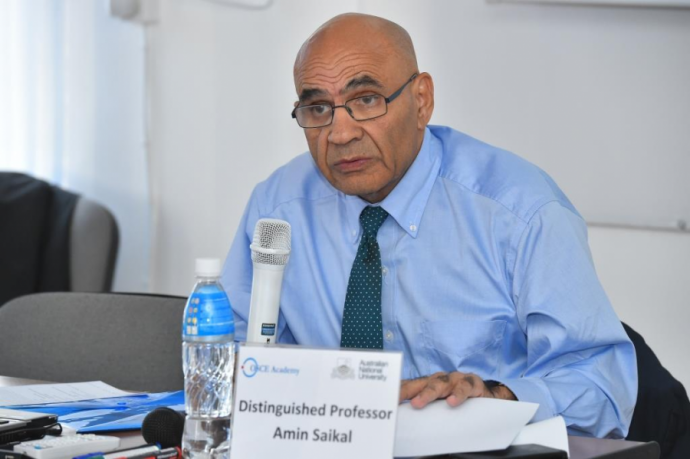