Alumni in Dushanbe gathered for a meeting with the British Ambassador

On 13 June the OSCE Academy gathered its alumni from Tajikistan for a meeting with the British Ambassador H.E. Mr Hugh Philpott in Dushanbe. The meeting was also attended by the OSCE Ambassador in Tajikistan H.E. Markus Müller and the Deputy Head of the OSCE Office Mr Fabio Piana. Following the welcoming words and a short introduction by the Academy’s Director Dr Pal Dunay, Ambassador Philpott shared his professional experience as a diplomat and answered the questions prepared by the alumni.

Alumni were interested in the Ambassador’s vision of the further development of Tajikistan and the role of youth in it; British investments to the Tajik economy and regional projects like CASA-1000; cooperation between the two countries in the sphere of education;  possibilities of Central Asian integration; and bilateral and multilateral relations between Tajikistan and the Great Britain. Ambassador Philpott discussed all the issues mentioned above and made an emphasis on the role of the young generation and its impact on the development of Tajikistan. “Stay with your country, be proud of it and do not always be critical,”- said the Ambassador. He encouraged alumni to work for their country and society to bring further development from the inside.

The meeting was followed by dinner, where Dr Pal Dunay updated graduates on the Academy’s latest developments and alumni had a chance to get to know their fellows from different years better.

The OSCE Academy is grateful to Ambassador Philpott for the opportunity for our alumni to meet him and to the OSCE Office in Tajikistan for its constant support of the Academy’s activities. 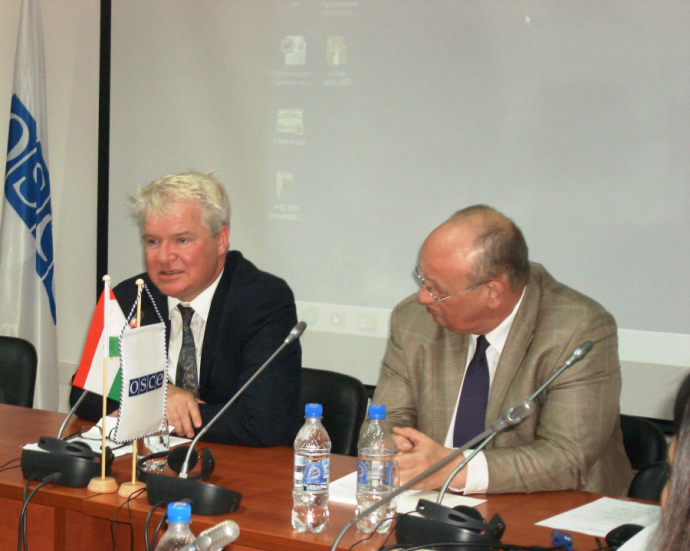