On August 26, 2016 the OSCE Academy in Bishkek awarded certificates to 11 participants of the “Central Asian summer school of contemporary journalism” after successful completion of the 10-week certification course. This programme was carried out in cooperation with the Deutsche Welle Akademie in Bonn since 2010. The main aim of the summer school in journalism is to enhance capacity and qualification of young journalists from Kazakhstan, Kyrgyzstan, Tajikistan and Uzbekistan.

Since June 20, 2016 participants of the programme developed their skills on creating high-quality journalistic materials aimed at the audience in Central Asia. The curriculum of the course was designed by the experts from the OSCE Academy and Deutsche Welle Akademie and contained the following programme elements:
1. Print and online journalism;
2. Radio journalism;
3. Television journalism;
4. Modern means of mass communications.

Young journalists were also trained on ethics of journalists, research in the internet and coverage of inter-ethnic conflicts. In addition to the theoretical knowledge, participants of the journalism school had a chance to apply the newly acquired skills in practice. In the end of the course, they create journalistic materials which were edited by Ms Elena Uporova and on that basis the OSCE Academy has published the 4th edition of the journal “The present time”. It can be seen http://akademie.dw.com/zaschool2016/ or read http://osce-academy.net/upload/file/RealTime.pdf. 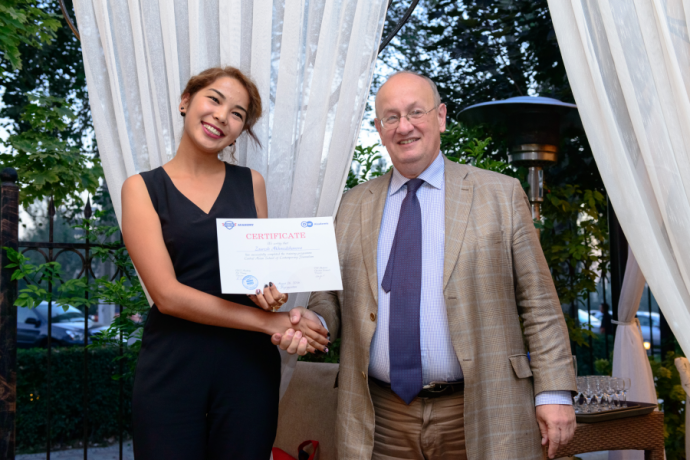