Ms Indira Satarkulova, Acting Director of the OSCE Academy in Bishkek, welcomed distinguished guests and gave a presentation on Academy’s activity and its major achievements.

In his turn, Dr Linhart highlighted that the OSCE Academy is a unique educational institution in the region which is contributing to connectivity and networking in Central Asia and worldwide. The students of the Academy introduced themselves, shared their views and ideas on different issues and discussed their professional plans.

In the end of the meeting, the Secretary General thanked for the insight to the Academy through students and ensured that aspirations of young people will be taken into consideration during Austrian Chairmanship in the OSCE office next year. 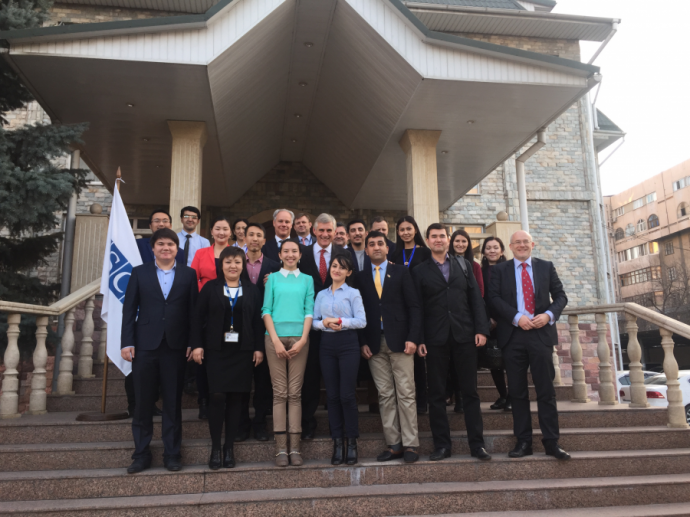