On November 30, 2016, Ambassador Extraordinary and Plenipotentiary of Ukraine to Kyrgyzstan H.E. Mykola Doroshenko gave a lecture to the students of the OSCE Academy in Bishkek. The title of the lecture was "Ukraine today, its reforms and human rights". During the meeting Ambassador Doroshenko spoke about the situation in Ukraine nowadays, the background of the conflict and violations of human rights in the country.

Ambassador Doroshenko highlighted the importance of signing the road map within the Normandy format between Russia, France, Germany, and Ukraine. He also informed the audience that Normandy foreign ministers met yesterday to discuss parameters of a road map for settling the conflict in eastern Ukraine.

The Ambassador informed that on 15 November 2016, the UN human rights committee adopted a resolution dedicated to the human rights situation in occupied Crimea. This is the first UN document to recognize Russia as an occupying power, and the Autonomous Republic of Crimea and the city of Sevastopol – as occupied territory.

After his presentation, the students had a chance to ask questions related to the Ukraine, bilateral relations and the eventual return of Crimea to Ukraine. 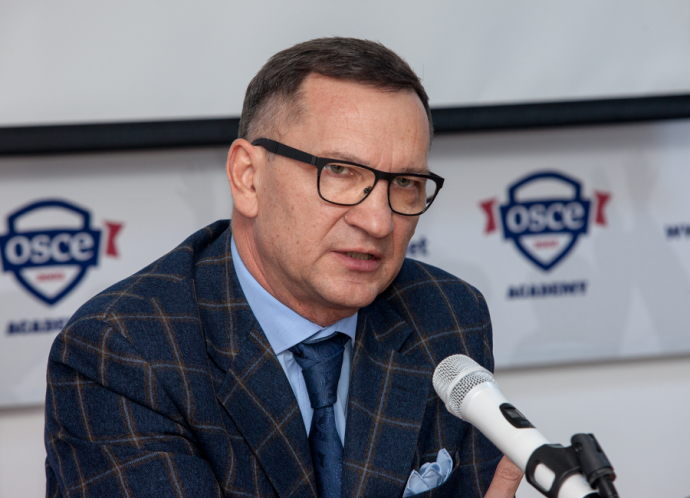