On 8 December 2016, British Ambassador to Kyrgyzstan, H.E. Robin Ord-Smith, gave a lecture on "Britain after Brexit" for the students of the OSCE Academy. During his presentation H.E. Ambassador Robin Ord-Smith discussed such important issues as the referendum held in Britain and Brexit process and relations with EU countries. Students were highly interested in the subject and had a great opportunity to raise their questions about consequences of the UK's exit from EU, economic impact of Brexit, UK-EU relations and further development of the country. 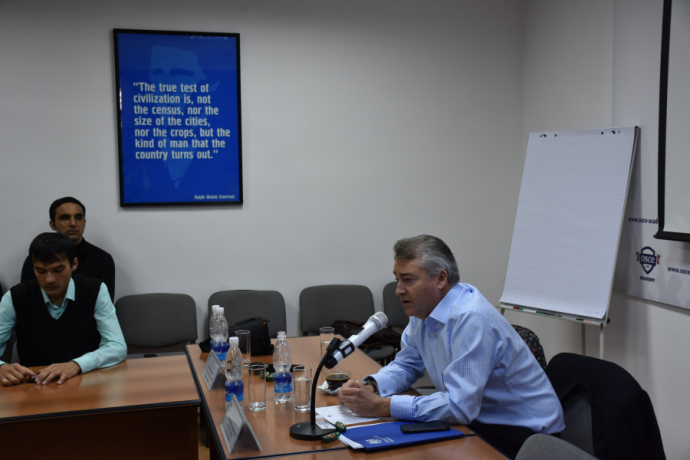