On 27 March, Mr Paul Gulleik Larsen, Special Advisor /Special Envoy for UN Security Council Affairs ( MFA, Norway) visited the OSCE Academy and gave a lecture to MA students and guests on the topic of "The United Nations in a changing geopolitical landscape: a Norwegian perspective". The programme started with words of welcome and introduction by Ms Indira Satarkulova, the Academy’s Acting Director. Mr Paul Gulleik Larsen  gave a comprehensive overview of the history and involvement of Norway with UN and specifically its Security Council, mentioning of course a beautiful and meaningful mural by Norwegian artist Per Lasson Krohg donated by the Government of Norway to decorate the SC premises. He then delved deeper into the logic of the permanent and elected members of the SC and the current international situation and the realities of the fast changing environment in which the SC has to operate and react mentioning both successes and setbacks.


The lecture was followed by question-answer session when MA student of both programmes had the chance to learn more of the Norwegian perspective on various issues connected to their research projects and theses in progress and ranging from interpersonal relations within the UN and their effect on political decisions to the world refugee crisis and the rise of right wing sentiments in the West. The lecture was also attended by the Norwegian Honorary Consul Ms. Aijan Chynybaeva. The Academy would like to express its sincere gratitude to Mr Paul Gulleik Larsen and the Government of Norway for the continuous support and cooperation with the OSCE Academy.


Paul Gulleik Larsen is a Norwegian MFA diplomat with 26 years of international and United Nations experience, including postings in Belgrade, Moscow and New York. He served for two years as diplomatic advisor in the Office of the Prime Minister of Norway. During six years as Chief of Staff and Director at the UN World Food Programme (WFP) in Rome, he represented WFP as “Sherpa” in G20/G8 food security/development groups and in high-level UN coordination bodies (CEB, UNDG, HLCP, IASC), and sat in WFP Committees for audit and investment.
Since returning to the MFA in Oslo in 2013, he has been Project Director for policy and coordination of the “post-2015” Agenda 2030 and SDGs in the UN Department, compiling Norway’s first report to the UN HLPF in 2016. In September 2016 he was appointed Special Advisor and Special Envoy for Security Council Affairs and is responsible for strategy and policy to prepare Norway’s membership in the UN Security Council in 2021-2. 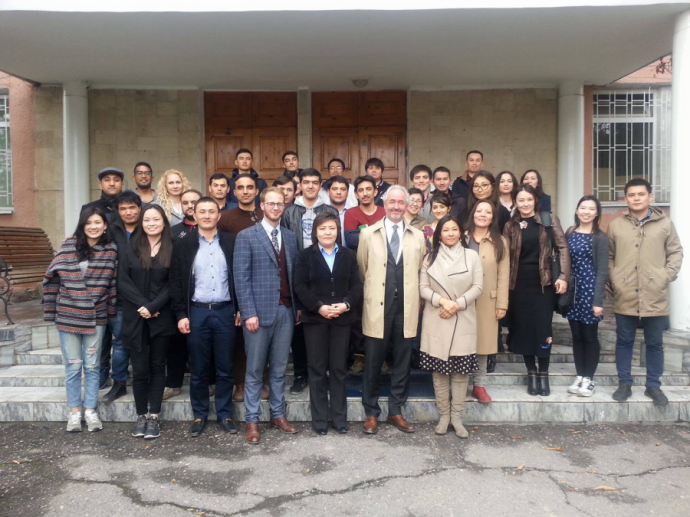