On Thursday, June 22, HE, Ambassador of Japan to Kyrgyzstan, Yoshihiro Yamamura, visited the OSCE Academy to meet with the management and to deliver a lecture to students. Using a new format for such a lecture, Ambassador Yamamura met with a selected group of students who showed particular interest in East-Asian affairs in general and Japan’s relations with Central Asia in particular. In his lecture, Ambassador Yamamura told in length about the evolution of relations between Japan and Central Asia in the last 25 years, highlighting the special relation with Kyrgyzstan within that framework and the many projects Japan has initiated during that period. From time to time he used the more privileged setting to share personal experiences from his work in the Former Soviet Space and his career as a diplomat. Ambassador Yamamura’s lecture was followed by a Q&A session which the students used to engage the ambassador on issues relating to concrete projects, to opportunities to pursue a career in Japan, or to the political developments in Kyrgyzstan and the wider region. In his turn, Ambassador Yamamura engaged the students in a discussion about their perception of Kyrgyzstan’s path in the last years and their vision for future developments.

We cordially thank Ambassador Yamamura for his kind visit to the Academy! 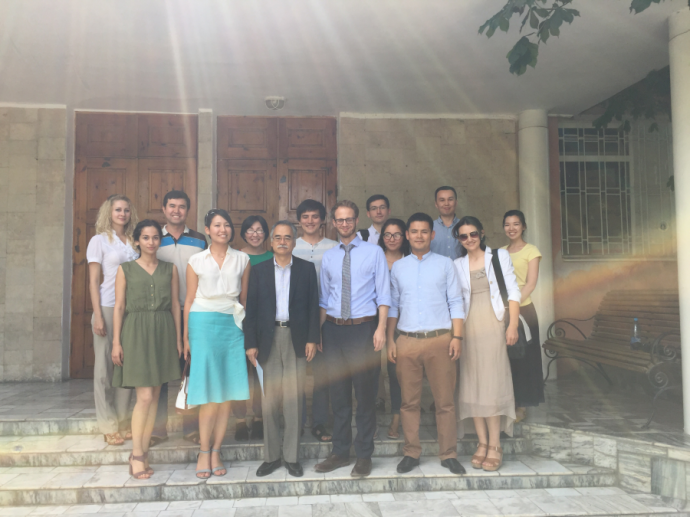