On 14 December 2017 Head of the OSCE Programme Office in Bishkek, Ambassador Pierre von Arx and the Swiss Ambassador to Kyrgyzstan,  Véronique Hulmann signed an Agreement in which Switzerland commits to allocate CHF 430,000 (approximately EUR 370,000) in support of the OSCE Academy in Bishkek over the next three years. The grant will be used to strengthen the Academy’s research capacities and to support teaching fellows.

The OSCE Academy expresses its deepest appreciation to the Government of Switzerland for providing continues support to the Academy’s activities, including MA Programmes, Alumni activities and Trainings since 2005. 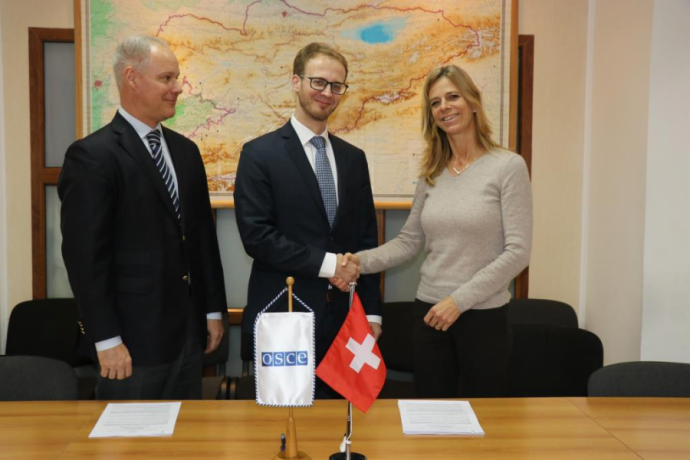