11-13 October the OSCE Academy has hosted its Annual Regional Security/Alumni Conference “Central Asian Security: Factors of Fragility, Sources of Resilience”. More than thirty-five experts and researchers, including alumni of the Academy, from Central Asia, Afghanistan, Europe, USA and India, got to discussed themes like Central Asian Regional Integration, Regional Implications of Peace and Insecurity in Afghanistan, Security Among, Across and By States; The Belt and Road Initiative Between Kabul and Kiyev; Energy Cooperation and (In-)Security; Resilience and Fragility Below the State, Religion, Secularism and the State in Central Asia and others.

The Conference was opened by Director Dr. Alexander Wolters and Ambassador Dr. Pierre von Arx, Head of the OSCE Programme Office in Bishkek, who also delivered a speech on security issues in the region.  The welcoming addresses were followed by a Keynote Lecture by Dr. Flemming Hansen on "Security Challenges Across the Domain Spectrum".

This year the conference format was extended to additional public events in Russian and English languages on the third day. They included a Public Lecture “Afghanistan and Central Asia in a Glance (from Policy to Practice)”  by Dr. Moheb Spinghar, Director of the Institute of Diplomacy, Ministry of Foreign Affairs of the Islamic Republic of Afghanistan, and two simultaneous workshops: one on “Cyber Security: How to Protect Yourself in Cyberspace” co-led by Dr. Anna Gusarova, Director of the Central Asia Institute for Strategic Studies, Kazakhstan and Erlan Bakiev, Head of the Department on Countering Extremism and Illegal Migration, Ministry of Internal Affairs, Kyrgyzstan,  and another on “System of Restrictions and Bans on Public Servants: Goals, Types, Comparative Analysis” led by Jaroslav Strelchenok, an International Anti-Corruption Expert,  Latvia. 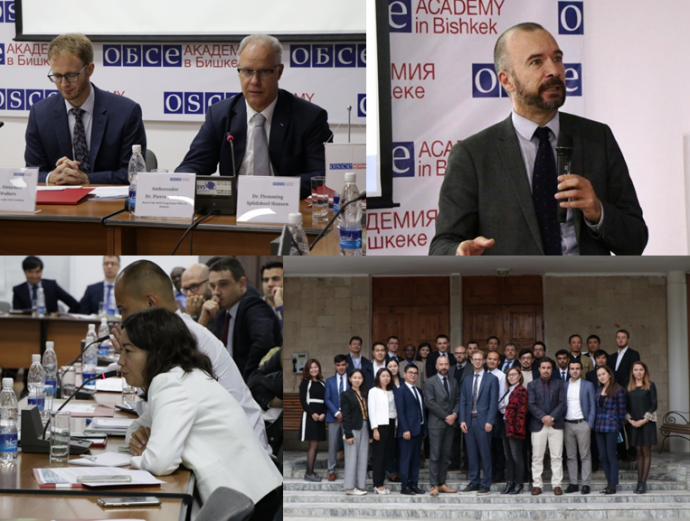