On 18 March the OSCE Academy in Bishkek hosted the online lecture “Music, Identity and Cognitive Praxis in Radical Movements: Why Culture Matters” delivered by Dr. Chiara Pierobon, Postdoctoral Researcher at Bielefeld University (Germany) and Associate Research Fellow at the OSCE Academy. This lecture was held within the Political Violence and Terrorism module taught by Dr. Daniella Irrera from the University of Catania.

The lecture familiarized the students with the ideological potential of music and its important contribution to both articulating collective identities as well as structuring the organizational life of radical groups. After a theoretical introduction focused on the cognitive praxis & approach as well as on musicians as “movement intellectuals”, the lecture examined the use of this medium on behalf of the White Power Music Scene in Germany and the role played by Jihadi anashid in Islamist movements. Overall, the event was aimed at raising awareness on the importance of culture - and, in particular, of the activists‘ use of aesthetic, associational and symbolic forces of music - when approaching radical groups and movements. 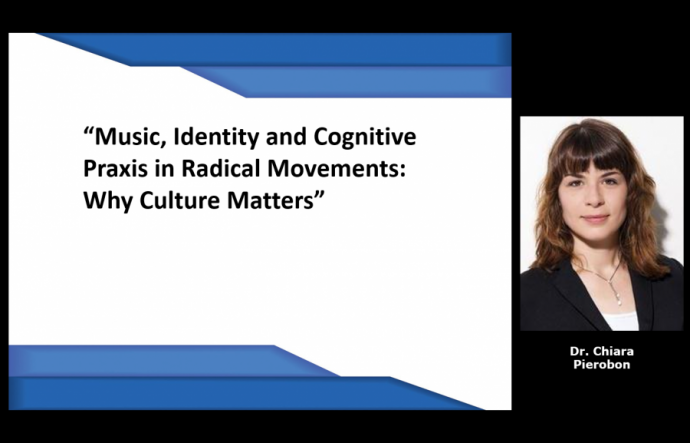