On 27 September 2013 the OSCE Academy has graduated its ninth class of the MA in Politics and Security programme. Having successfully passed the state examinations and thesis defence, 26 students, representing all Central Asian states and Afghanistan, joined the Academy’s Alumni Network, swelling the total alumni of the OSCE Academy to 245.

The Graduation Ceremony, held at the Jannat Hotel, gathered guests from the diplomatic corps, international organizations, Academy’s local partner institutions, faculty, staff as well as friends and families of the graduates. The Deputy Head of the OSCE Centre in Bishkek Mr. Anders Troedsson and Director of the OSCE Academy Dr. Maxim Ryabkov spoke in the opening part, highlighting the students’ hard work, intellectual curiosity and commitment to the development of the region and wishing successful continuation of personal and professional development.

The official part of the graduation was followed by the informal Award Ceremony entitling the Best Singer, Best Dancer and the Best Cook awards to Aziz Berdikulov, Shohruh Abdullaev and Rashid Gabdulhakov respectively. The title of the Best Student was received by Ahmad Muner Faruhee. 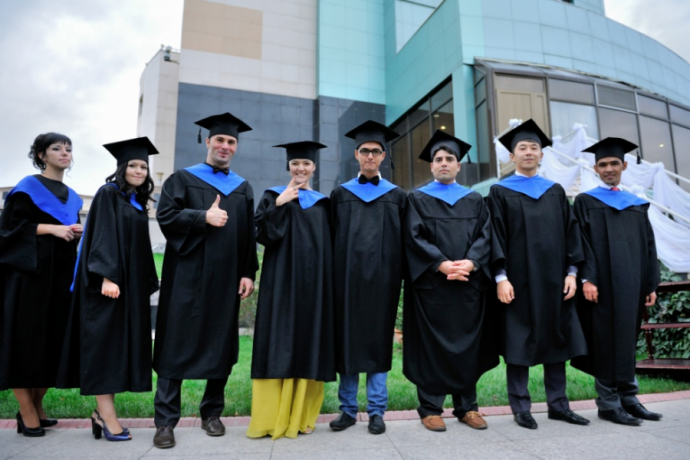