On 15 October 2013 the OSCE Chairman-in-Office, Minister of Foreign Affairs of Ukraine H.E. Leonid Kozhara visited the OSCE Academy in Bishkek. Minister Kozhara and the Head of the OSCE Centre in Bishkek Amb Sergey Kapinos met with the students and faculty of the Academy, during which the Chairman-in-Office briefed students about Ukraine’s priorities during the chairmanship at the OSCE and addressed questions from students.

Minister Kozhara particularly noted that Ukraine is a non-aligned state located between various political-military alliances, and is well-placed to push the OSCE values in all dimensions. Among other things he mentioned resolution of protracted conflicts, fighting human trafficking and supporting media freedom as the priorities of Ukraine in 2013 OSCE Chairmanship. He then addressed students’ questions about the role of the OSCE in post-2014 Afghanistan, corruption in education in Central Asian states and others.

The Chairman-in-Office told how positively impressed he was about the OSCE Academy, and assured his support to this institution and its students. 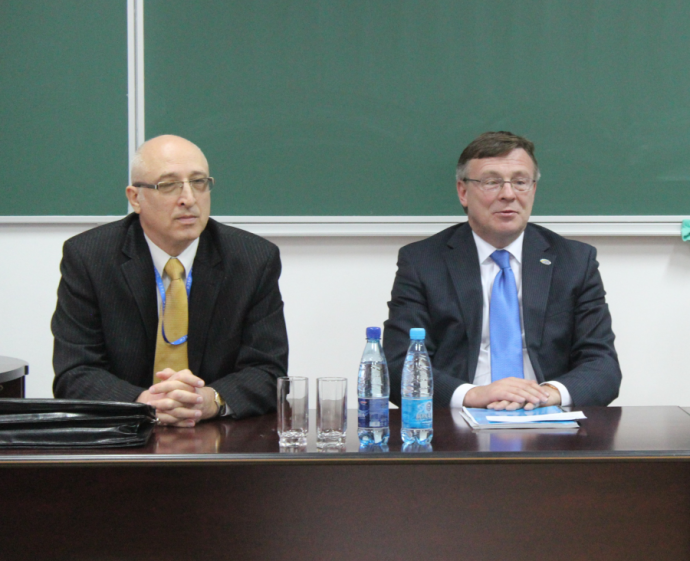