On 22 November 2013 the MA in Politics and Security Programme has organized a round table: “Fighting Torture in Central Asia: Lessons Learned and Long-Term Prospects“ within the framework of its two-week module  on Human Rights and International Law. The round table was moderated by Mr Dieter von Blarer, Visiting professor of the OSCE Academy and the Ombudsman of the Canton of Basel-Stadt, Switzerland.

Speakers of the round table included experts from non-governmental organizations “Golos Svobody” - Ms Asel Koilubaeva, a representative of the Ombudsman’s office in KR - Mr Kamaldin Japarov Japarovich, and a senior persecutor from the  Centre for professional preparation of persecutors in Bishkek - Mr Andrei Vicktorovich Bulba.

Major topics discussed in the round table were about the practice of investigating torture, activities of the Ombudsman’s Institute in general and, its work in penal colonies and at the Center on prevention of torture in particular, and about the Constitutional guarantees on the prohibition of the use of torture in Kyrgyzstan. 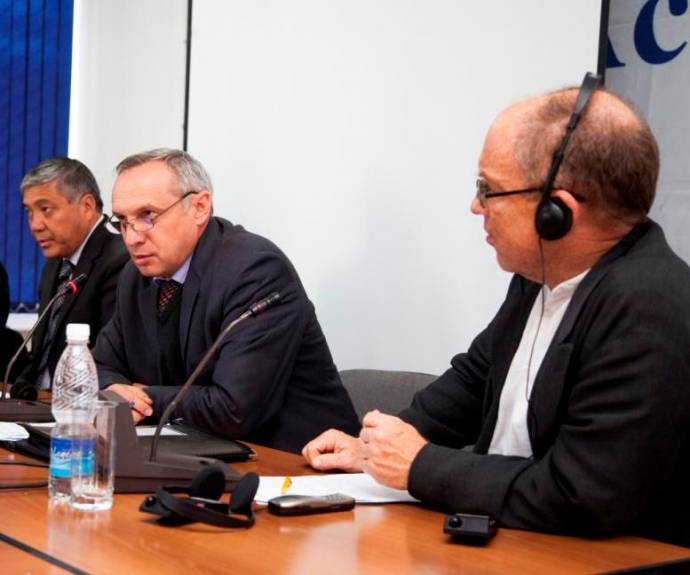