Round Table on Eurasian Economic Union

On 18 March 2014 the OSCE Academy hosted a round table titled “Eurasian Union for Central Asia: Political and Economic Implications”. The event was attended by the students of both of the Academy’s MA in Politics and Security and MA in Economic Governance and Development, as well as a group of students of the University of St Andrews.
The round table discussions covered various aspects of the regional integration initiatives in Eurasia, particularly, the already operating Customs Union and the vision of the Eurasian (Economic) Union that would include at least part of Central Asia. The recent troubling events in Ukraine were also discussed to the extent relevant to the Eurasian/Customs Union.
Dr Nargis Kasenova of KIMEP (Kazakhstan) shared her views on the prospects of the Eurasian Economic Union as viewed through the prism of the Kazakhstan’s current participation in the Customs Union together with Russia and Belarus. Dr Rick Fawn of the University of St Andrews offered some pointed remarks on various concepts of regional integration, providing ample reference to the experience of the European Union and stressing how the different the contexts are in the case of the EU and the Eurasian Economic Union, despite efforts of many to represent the two as comparable. Mr Aziz Soltobaev, co-founder of Svetofor Group, a Bishkek-based online retail store, shared his views on possible implications of the Kyrgyzstan’s accession to the Customs Union as judged by the business sector in the country,
Questions and answers session covered the variety of additional topics, including the decision-making logic in the Central Asian capitals, the European foreign and security policy, Ukraine as viewed in the context of the regional integration projects and so on. 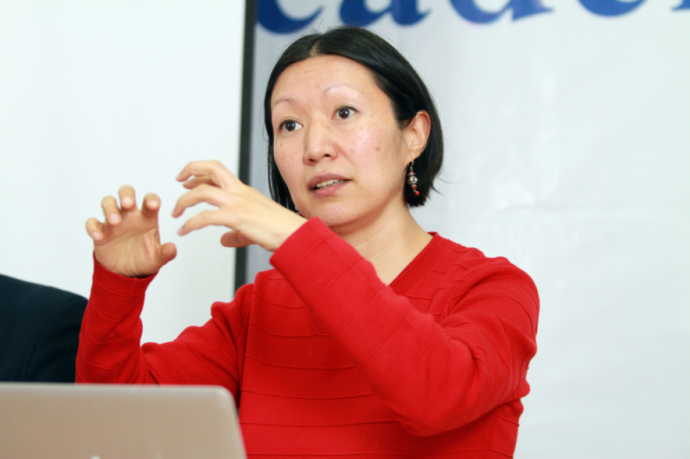