Graduation Ceremony of the MA in Politics and Security Course

On 26 September 2014, the 24 students of the Politics and Security programme received their MA degrees during a graduation ceremony, attended by guests from diplomatic corps, governmental and private institutions.
The official part of the ceremony included congratulation speeches by the Head of the OSCE Centre in Bishkek and Chairman of the Board of Trustees of the OSCE Academy  H.E. Ambassador Sergey Kapinos, Director of the OSCE Academy Dr Pal Dunay, and Ms Selbi Hanova – alumna of 2008.
In his speech Ambassador Kapinos underlined that this graduation was the 10th for the MA in Politics and Security and ten years is already history. He also called on the future experts to overcome all the challenges and to start contributing to development, security and prosperity of Central Asian region.
Dr. Pal Dunay explained that this degree, received through a year of sleepless nights and hard work is a key that opens the door to a professional career and prosperity. He also thanked the partners and friends of the OSCE Academy for the extensive support during these ten years and expressed hope for further fruitful cooperation.
In her turn, Ms Selbi Hanova, now a Ph.D. candidate at St Andrew University  told the graduates how her own career was influenced by degree received from the OSCE Academy and wished them to seize the opportunities and new perspectives that arise on their way.
The graduation ceremony was complemented by the presentation of Alumni Fund awards to top GPA students and Best MA Thesis author. The former prize went to Ms Almakan Orozbekova and to Mr Nurbek Bekmurzaev.
Moreover graduates and guests of the ceremony had an opportunity to watch a short film which Alumni of the OSCE Academy from all over the world prepared on the occasion of 10th anniversary commencement. To watch the film please click here.
The ceremony ended with the short show and film prepared by the students of 2014-2015 MA class. 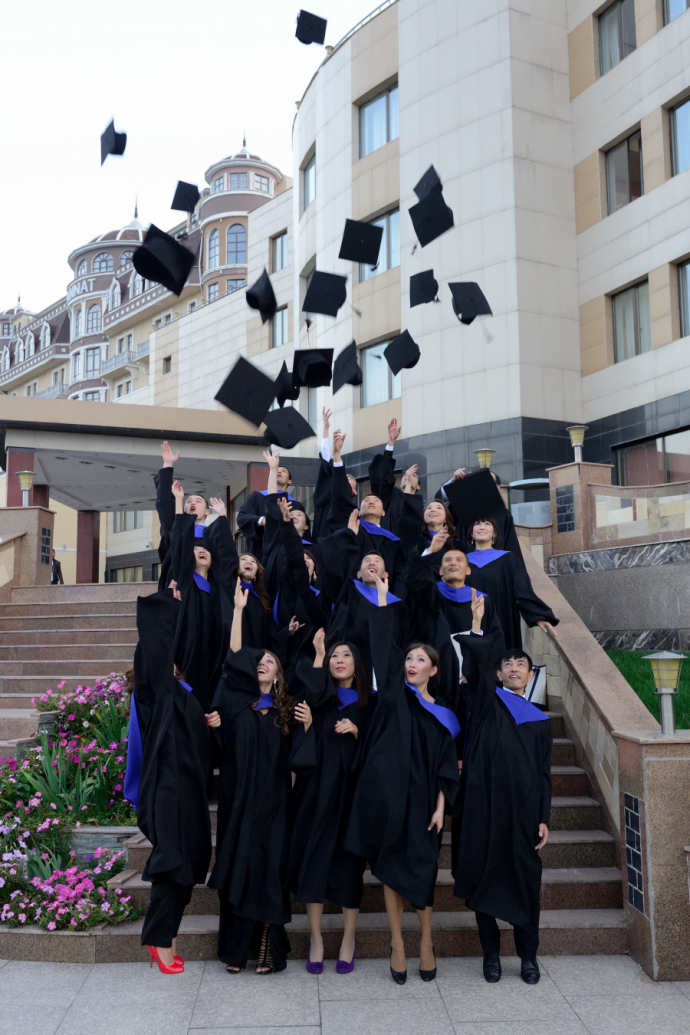