In January 2016 the OSCE Academy has presented latest Central Asia Policy Brief on ADDRESSING THE DAESH THREAT IN THE CONTEXT OF CENTRAL ASIA by Belek Ibraev.

Belek Ibraev is a Researcher at the OSCE Parliamentary Assembly in Copenhagen, Denmark, where he focuses his research on the former Soviet space, particularly Central Asia and the Caucasus, and specializes in counterterrorism, political Islam, human rights and countering radicalization. He has completed a number of research projects on generational poverty and socio-economic roots of violent extremism and terrorism in Central Asia and Russia’s North-Caucasus. This Central Asia Policy Brief was prepared on the basis of a more extensive analysis of the threats posed by ISIS-type global jihadist networks to the former Soviet space.

Disclaimer: The views expressed in the Brief do not reflect the views of the OSCE Parliamentary Assembly. 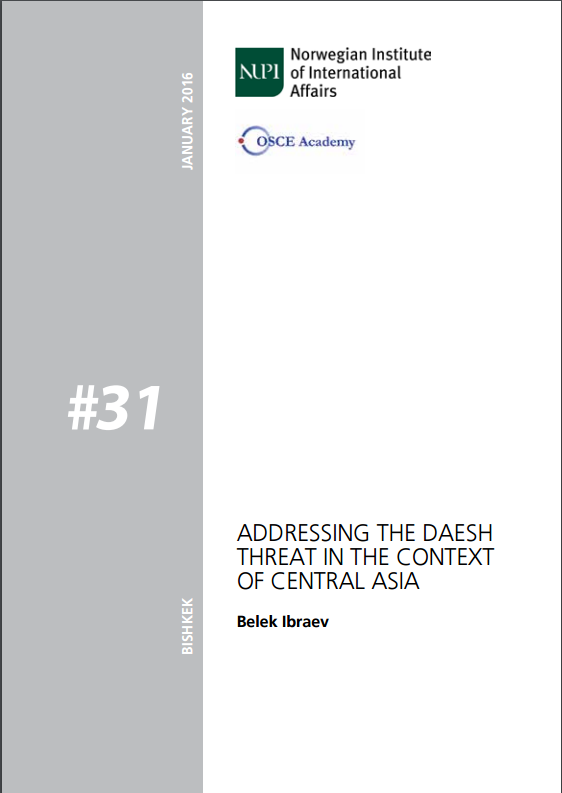