“Keep doing what you do, it is good to see so many women here at the Academy” – Ms Annika Pelkonen.

On 25 April 25 2016 Ms Annika Pelkonen, member of the Finnish delegation to the OSCE in Vienna, made a presentation to the students of the OSCE Academy in Bishkek.  The main topic of the lecture was “Finland as international actor” where the speaker presented Finland’s foreign policy and the efforts her country supports in the OSCE.

Gender equality was another point of emphasis of Ms Pelkonen’s presentation. Ms Pelkonen informed that Finland was the first country in the world to extend the right to vote and stand for elections to every citizen in 1906, and discrimination is prohibited by law generally. However, there are still some gender related issues, including the pay gap as men often get higher salaries than women. In the state administration women are adequately represented. However, the same cannot be said about the private sector where, on the higher levels of the management of companies, the dominance of men continues to be present. Ms Pelkonen referred to a saying, according to which it is better to take small steps rather than no steps at all.

The lecture followed by Q&A session where students as well as faculty members asked questions on the empowerment of women, especially in Tajikistan, and the system of project evaluation in the OSCE. There was also critical discussion of the way donor countries manage their activity and the OSCE missions in Central Asia.

“Keep doing what you do, it is good to see so many women here at the Academy” – concluded Ms Pelkonen. 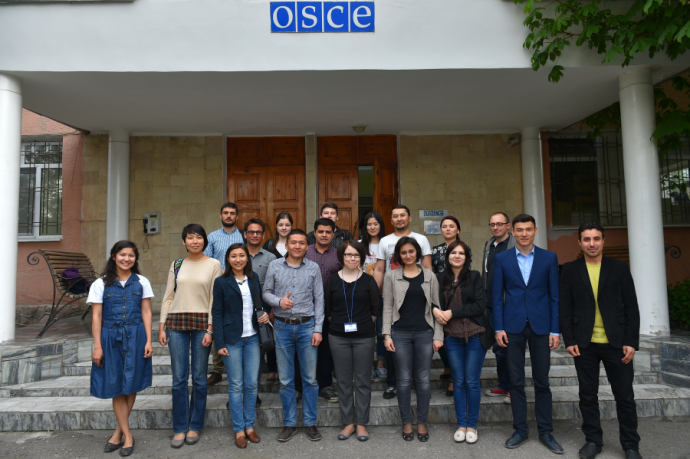