The director of the Academy, Pal Dunay highlighted that 56 newcomers are “the best of the best” because they showed the highest results among 1194 applicants. During the welcome speech, Pal Dunay introduced the faculty and staff to the new students, and gave a presentation on the OSCE Academy in Bishkek. He called the attention that the programme is demanding but it is the advantage that students receive competitive diploma that will help their future career. Programme Coordinators and their Assistants introduced academic regulations and rules of the Academy to the two classes.

The Deputy Director of the Academy, Ms Indira Satarkulova congratulated newcomers and wished them good luck to their studies, academic career and further endeavors.

The academic programme will start on September 1, 2016 and last untill December 2017. 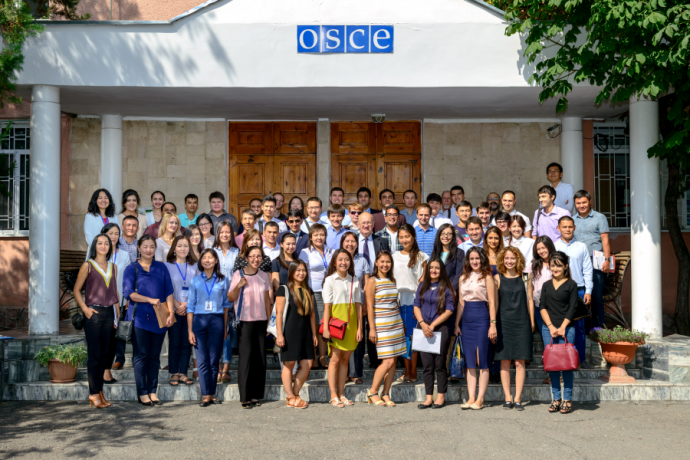