Public Lecture “To Bring the State Back: Mining Conflicts and Struggles for Political Participation and Social Justice in Kyrgyzstan”

On 12 December, Dr. Asel Doolotkeldieva, Post-Doc Researcher at the OSCE Academy, delivered a Public Lecture “To Bring the State Back: Mining Conflicts and Struggles for Political Participation and Social Justice in Kyrgyzstan.” During the lecture, Dr. Doolotkeldieva reviewed mining industry and mining governance in Kyrgyzstan. She explored the position of local communities on the current economic model of ‘extraction for export’, and analyzed the ways they struggle against mining companies and the Kyrgyz government, by using political ethnographic methods. Furthermore, Dr. Doolotkeldieva offered her perspective on current mining conflicts as contestations of the politico-economic model that was established in Kyrgyzstan in early independence and as a call for the democratization of extraction and politics in general.

The audience was composed by various researchers, government officials and students, who asked questions about the foreign investors in the gold mining industry, the efforts of governance to nationalize some companies, BRI and the extraction, license and local activist’s issues. 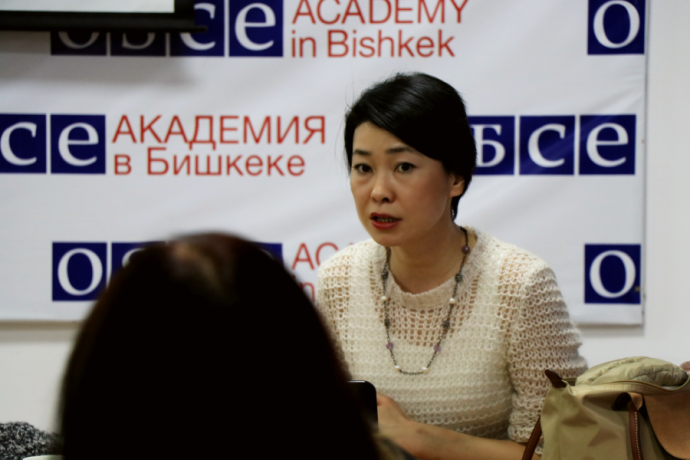