On 25 October the EU-funded project LEICA launched a five-day training on negotiation techniques for 18 officers of the Kyrgyz Security Services, Ministry of the Interior and Prison Service (under the Ministry of Justice), hosted by the OSCE Academy in Bishkek. The training will focus on establishing a dialogue with the person who is threatening his life or that of others, using psychological techniques to influence their behaviour, and in the end to surrender peacefully.

This activity is aimed to to reinforce contacts and exchange experiences between officers of law enforcement agencies of Kyrgyzstan and European Union member States. In this case the Hostage Negotiation training experts came from France and Poland.

The Project LEICA (Law Enforcement in Central Asia) contributes to improve the capacities of key government agencies in this region in their fight against terrorism. LEICA stems from the EU Strategy on Central Asia adopted in June 2019, which aims to guide the engagement of the European Union and of its Member States, inter alia, on its security challenges.

The project LEICA is funded by the European Union and is implemented by the French CIVIPOL and Slovak ISEMI Consortium, with the support of Interpol. 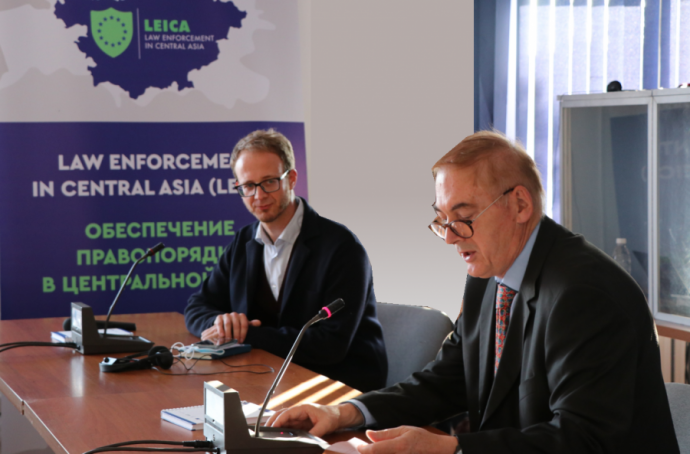