On 29 October Dr. Alexander Wolters, OSCE Academy Director and Dr. Chiara Pierobon, Associated Research Fellow at the OSCE Academy, spoke about the role of education on the transformative journeys of youth at the Group of Friends of Youth and Security (GoFYS) meeting chaired by Kyrgyzstan. Established in 2015, the GoFYS is a unique Vienna-based forum focused on advancing the Youth and Security agenda within OSCE and across the OSCE area. Since January 2021, the Group has been co-chaired by Spain, United States of America and Kyrgyzstan, demonstrating group’s broad support and sharing the responsibilities to lead the group which Spain had solely assumed since the group’s founding in 2015.

The Meeting was opened by H.E. Tolendy Makeyev, Ambassador and Permanent Representative of the Republic of Kyrgyzstan to the OSCE, H.E. Cristóbal Ramón Valdés, Ambassador and Permanent Representative of Spain to the OSCE, and Ms. Courtney Austrian, Chargé d'Affaires a.i. of the United States Mission to the OSCE. Following the opening, welcome remarks were also delivered by Ms.Rosaline Marbinah, the OSCE Chairperson-in-Office Special Representative on Youth, and Ms. Farah Karimi, OSCE Parliamentary Assembly’s Special Representative on Youth Engagement. During the meeting the representatives of the Kyrgyz Government discussed the national good practices: youth policies in Kyrgyzstan, providing an overview of the education system in Kyrgyzstan as well as highlighting the understanding the overall importance of the role of youth in the development of the country at the highest level. 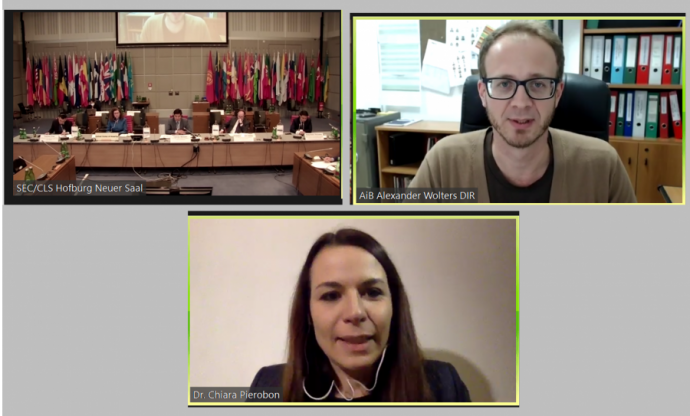