Public Lecture: “Understanding the International Order of the Post-Soviet Region”

On 15 February 2022 Dr. Rigina Syssoeva, Astana International University and an Associate Research Fellow at the OSCE Academy, delivered a Public Lecture on “Understanding the International Order of the Post-Soviet Region”. Dr. Syssoeva presented the “Non-hegemonic cooperation” model, developed by the American political scientist Robert Keohane and elaborated that Keohane’s model can be applied to the post-Soviet region. She outlined key players that promote their own rules of cooperation in the post-Soviet space and use regimes and institutions to strengthen their positions in the region. In particular, Dr. Syssoeva talked about five system-building players and explained each of them: the Russian Federation, European Union, USA, China and Turkey. In conclusion. Dr. Syssoeva provided recommendations and answered the questions of participants. 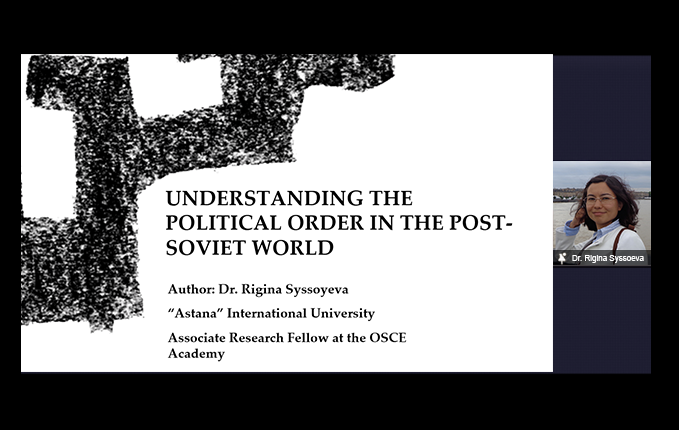