From 12 till 22 July the International Summer School “Post-Soviet Governance: Theories, Actors, Cases” organised by the Institute for European Studies (IFES) of the European University Viadrina in Frankfurt Oder (EUV) in cooperation with the OSCE Academy in Bishkek is held in Issyk-kul, Kyrgyzstan. This school is financed by the German Academic Exchange Service (DAAD) with funds from the German Ministry of Foreign Affairs.

The school welcomed 25 participants, selected out of more than 900 applications from Belarus, Moldova, Ukraine, Russia, Azerbaijan, Armenia, Georgia, Kyrgyzstan, Kazakhstan, Uzbekistan, Tajikistan, Turkmenistan, and Germany. Especially a comparative perspective on post-Soviet Eurasian states sparked a high interest in the program. During the summer school students will examine political systems and cultures of the new nations developed after the dissolution of Soviet Union and how the common Soviet legacy affected relations between the state and the economy. Further, participants will be exposed to the questions of how post-Soviet political regimes are understood and theoretically conceptualised. Comparing regional variations in post-Soviet trajectories, participants will study questions such as: Which actors can be identified in governance processes? How are actors connected and how do they compete for power and legitimacy. Specific issues include the phenomenon of colour revolutions, organised crime and corruption. The curriculum combines a range of case studies from the Post-Soviet region with group work discussions and simulation exercises. Sharing his first impressions, one of the lecturers Dr. Alexander Kupatadze from King’s College London notes, “I really enjoy being part of this, as this project brings together a group of very talented and highly motivated students”. 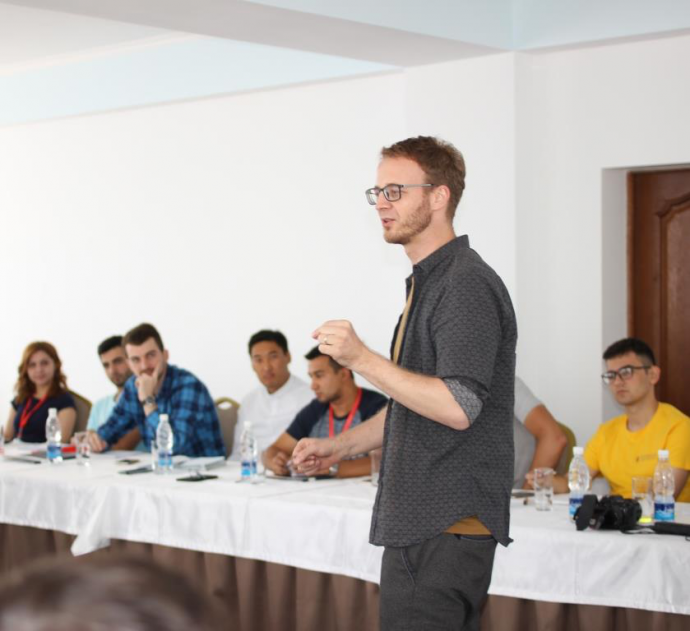