A three-day workshop “New Security Challenges in Central Asia” took place at the OSCE Academy from July 31 to August 2. The workshop was organized by the Near East South Asia (NESA) Center for Strategic Studies and the OSCE Academy within the framework of their long-time partnership and as a part of NESA’s annual Central Asia Working Group meeting.

Within three thematic sessions twelve experts from Central Asia, China, the United States and representatives of the USA Embassy in Kyrgyzstan discussed the peculiarities of “soft power” in Central Asia, regional impact of the recent reforms and changes in Uzbekistan, the role of the Western values in Central Asia and the possible implications of “Central Asia without the West”.

As an outcome, several joint policy papers within the Academy's policy brief series are planned, each building upon one of the principal themes of discussions and developing corresponding policy recommendations for relevant stakeholders. 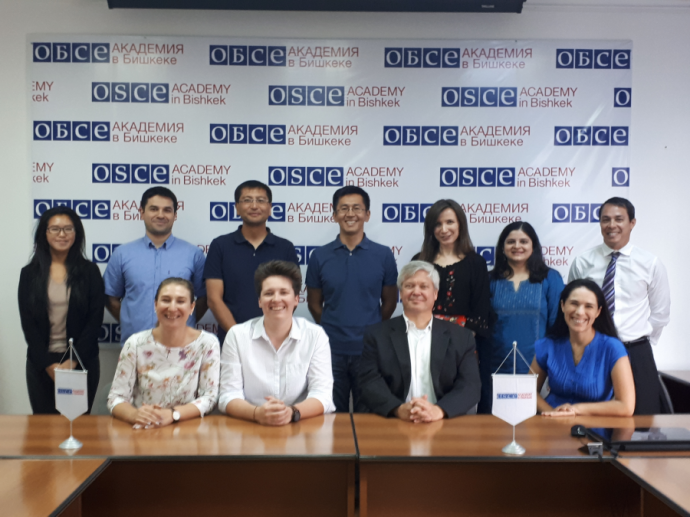