Tariffs and formal and informal trade barriers in Central Asia 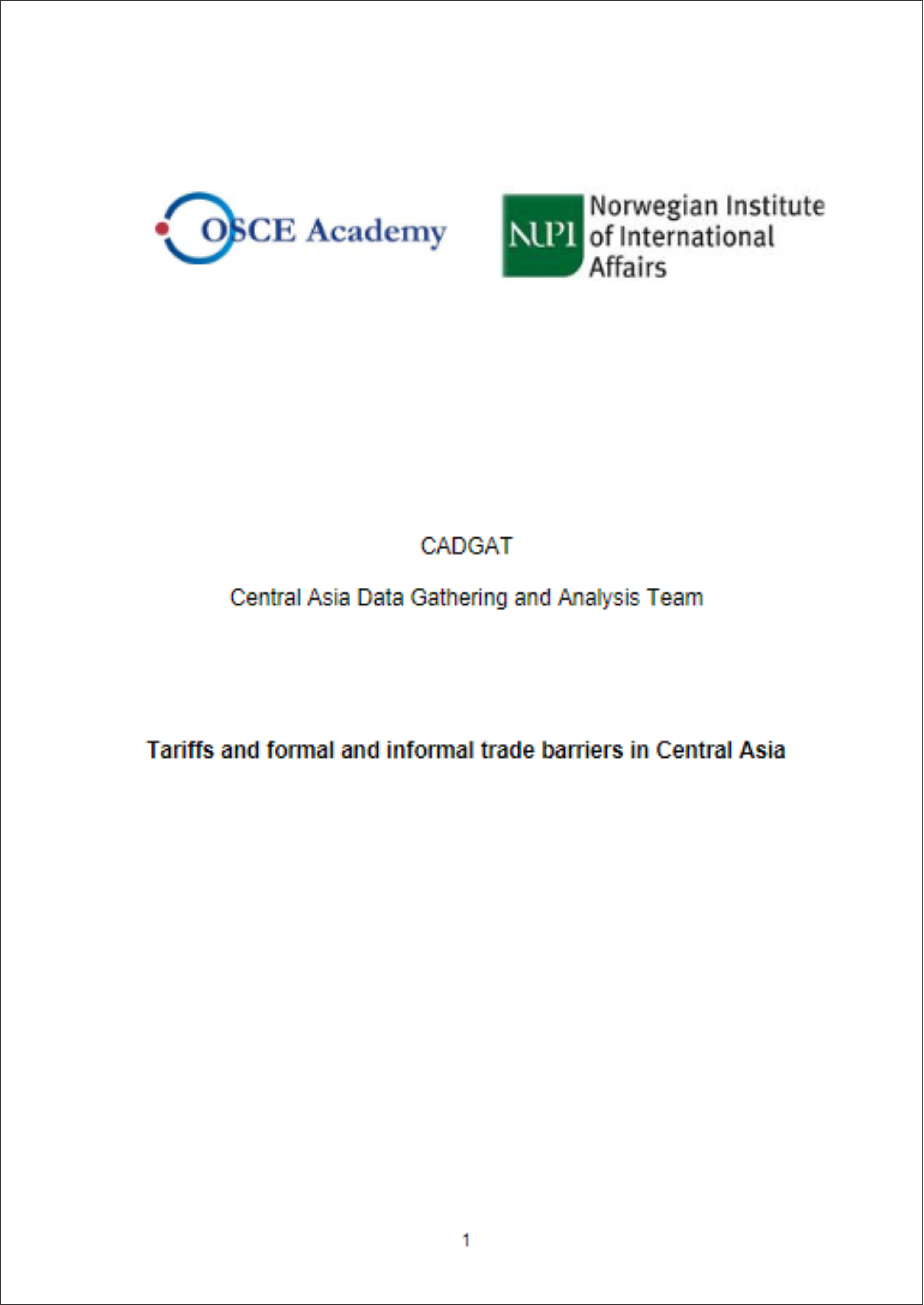