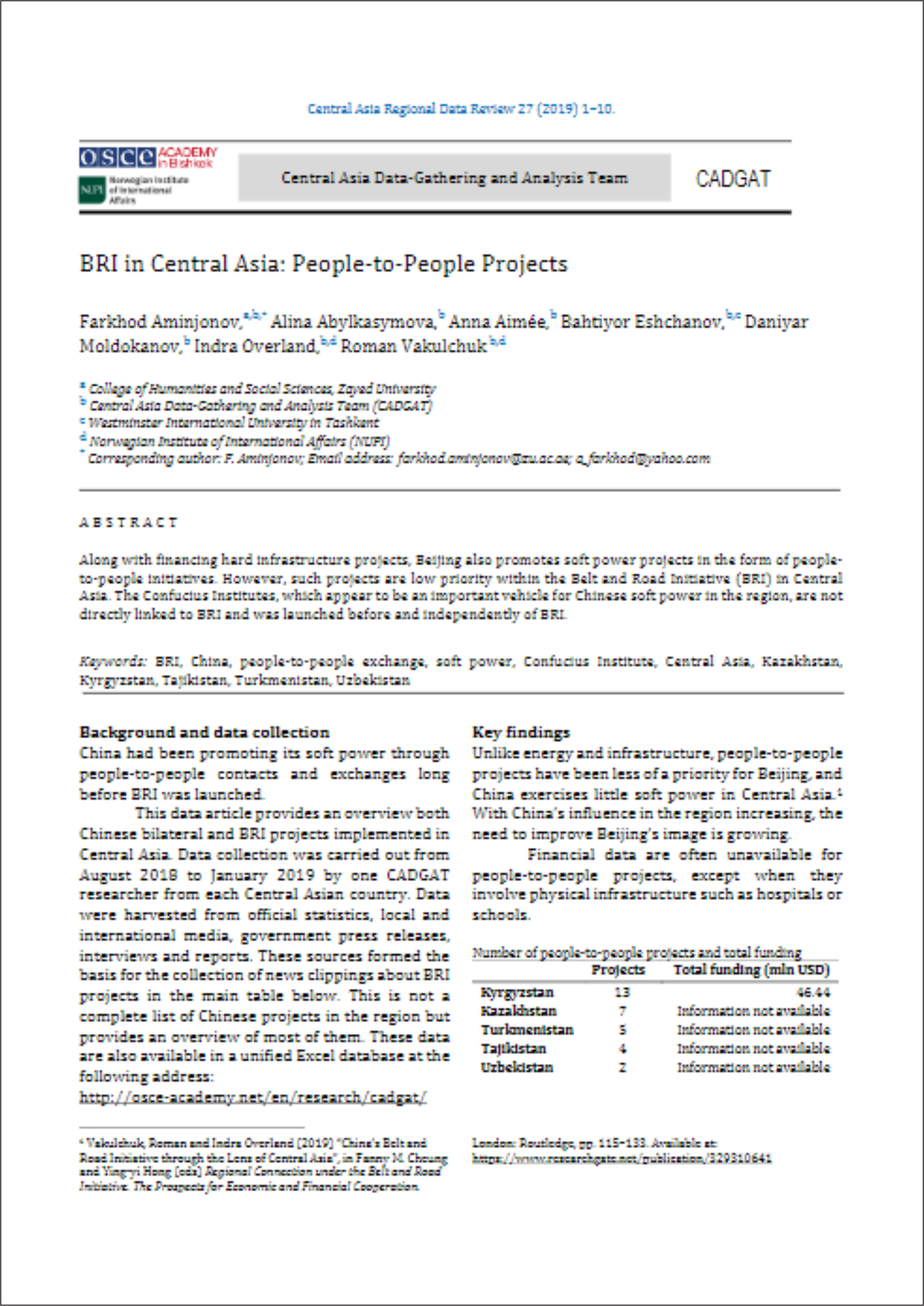 Along with financing hard infrastructure projects, Beijing also promotes soft power projects in the form of peopleto-people initiatives. However, such projects are low priority within the Belt and Road Initiative (BRI) in Central Asia. The Confucius Institutes, which appear to be an important vehicle for Chinese soft power in the region, are not directly linked to BRI and was launched before and independently of BRI.